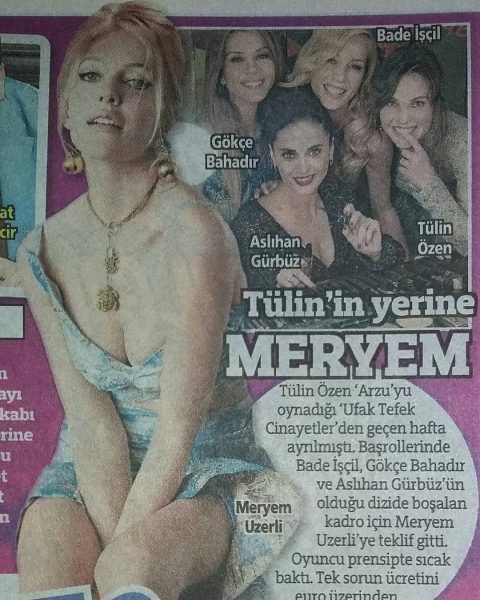 The Posta magazine informs its readers that the TV company Ay Yapym is looking for a worthy substitute for Tülin Özen, who left the series Ufak Tefek Cinayetler / Stiletto Vendetta (recall that her character was killed). The producer Kerem Çatay offered the role to Meryem Uzerli and she reacted to the proposal quite warmly, however, because of the falling rate of the Turkish liras, she asked for payment in euros, which the producer did not like. Negotiations continue. Recall that previously passed the information that Meryem agreed to take the fee in Turkish liras. Whether she changed her mind?