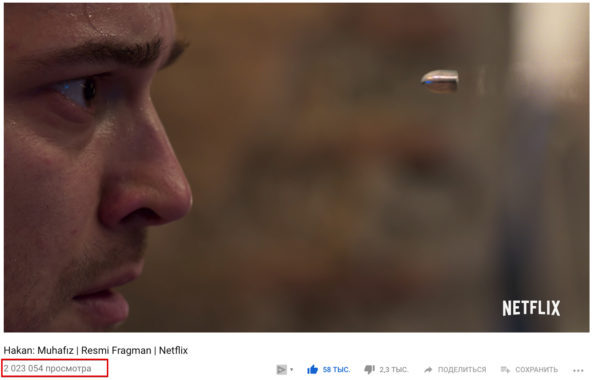 For 10 days on the official account of the Turkish Netflix in YouTube, the trailer of The Protector series was watched by 2 million people. The figure is all the more impressive when you consider that fragments of other TV shows gained a couple of thousand views and only the information about joining Beren Saat to the Netflix team caused some interest (32 thousand views). Over the same period, the trailer was viewed by 1 million viewers on the English-language account, and 1 million by the account of Çağatay Ulusoy on Instagram. In addition, the trailer is published in various social networks (Çağatay himself retweeted various posts as many as three times, for a total of three reposts viewed 800 thousand viewers). However, of course, the main part of the views remains hidden from the eyes – the trailer is laid out on Netflix itself, whose number of viewers is about half a billion people. Alas, Netflix does not publish this information, but apparently, the company’s managers were fully satisfied by the result and decided to do a full dubbing in English (recall that usually dubbing is not used in English-speaking countries).