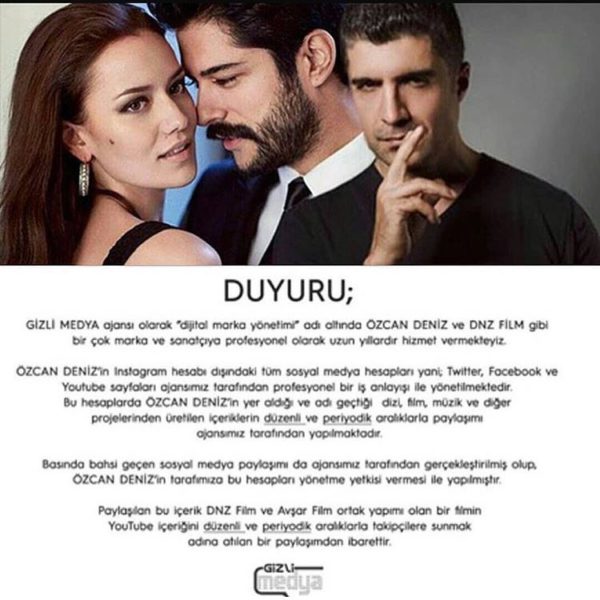 Özcan Deniz’s agency Gizli Medya had to make excuses for a not very nice gesture from the actor who posted the old photo of his ex-girlfriend Fahriye Evcen, thus giving rise to a whole wave of discontent in social networks. It turns out that it was not he who did it, but his agent, who deals withÖzcan’s account on Twitter. Özcan himself prefers Instagram.