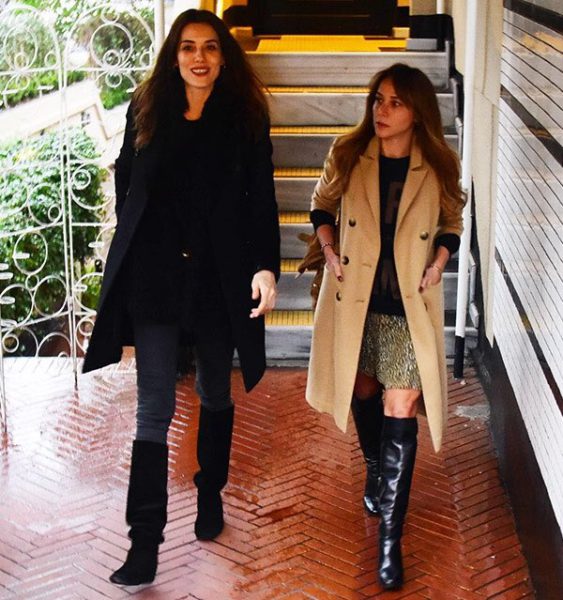 On Friday evening, the two best girlfriends, Cansu Dere, and Burçin Terzioğlu had dinner at a chic restaurant in the Etiler district Da Mario. The dinner lasted five hours and all five hours the journalists waited patiently on the street to ask the actress their burning question. When leaving the restaurant, Cansu briefly answered the paparazzi’s questions about the new project with Kenan İmirzalıoğlu. The actress said that the information is not true. She is negotiating to work on another project. The actress did not specify what series she is talking about.  Alas, the hopes of numerous fans for the reunion of the famous couple from the TV series “Ezel” did not come true.