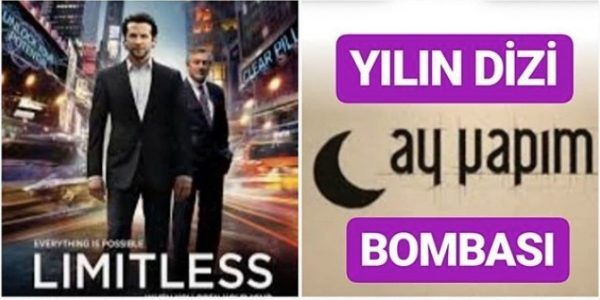 According to Turkish bloggers, the ice between the TV company Ay Yapim and the TV channel D has finally melted.  After Kerem Çatay finally abandoned the production of the remake of Prison Break for the Turkish market in view of the high cost of work and ambiguities with the script, he turned his attention to another popular American project – Limitless. Recall that there are a film and a series under this label. The series is now successfully broadcasted on Netflix. Tolga Sarıtaş and Kıvanç Tatlıtuğ are proposed for the leading roles. However, if both actors are busy and cannot take part in the project, then Çatay will consider the candidacy of Alperen Duymaz. The main female role is offered to Bensu Soral. Looks like the project sponsor will be her husband Hakan Baş.

So far, adapting science fiction to the Turkish screen looks like a pretty bold idea. Recall that only O3 Medya managed to make a really successful fantastic Turkish series “The Protector”, however, it was not intended for ordinary Turkish viewers. Whether Ay Yapim and D channel will put on the air such a project or leave this idea as well as the previous attempt to do the remake of “Prison Break”, one can only guess.