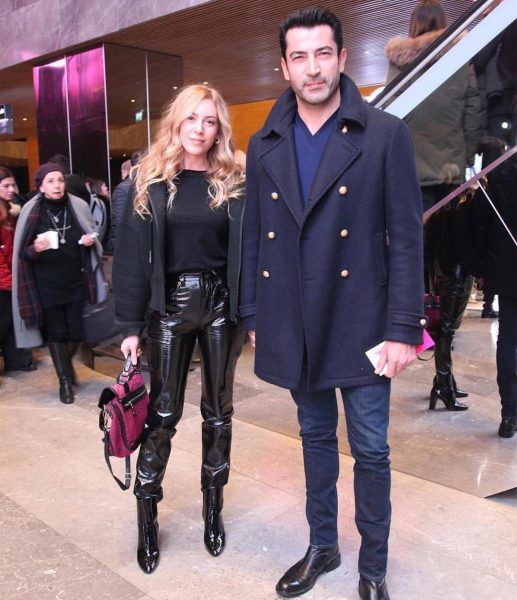 The couple Kenan İmirzalıoğlu and Sinem Kobal watched the musical “Alice in Wonderland”. As Sinem admitted, she could not attend the premiere, as she was ill, but after she read the good reviews about the musical, she could not resist and decided to see Alice with her husband.

Actors made some interesting statements about personal life and work. Once again, the spouses had to refute gossip about their alleged divorce.

Kenan also said that the rumors about his possible work in the Netflix series, where Hazal Kaya was supposed to have become his partner, have no basis. While there is nothing concrete, negotiations are underway, but his television projects are in priority. However, he did not sign an agreement to act in any particular series.

In her turn, Sinem Kobal told reporters that she will not be part of the third season of the series “The Protector”. She did not receive such an offer.