The actors of the series The Protector conquer IMDB again 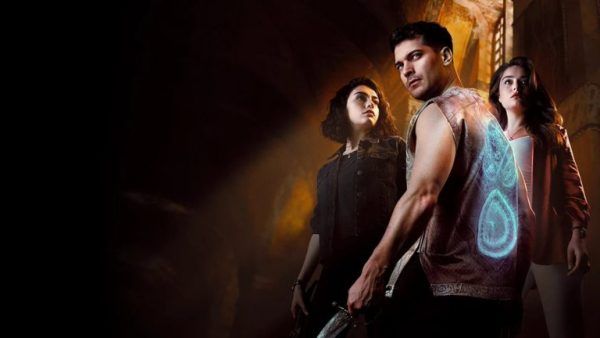 This week the IMDB rating once again proved the success of the first Turkish-American television series on the Netflix platform “The Protector”. The actors of the show captured half of the top ten most popular Turkish actors  at the world cinema database.

Ayça Ayşin Turan holds on to the top spot of Turkish actors in IMDB. She is ranked 374 among the 11 million actors represented in the database. Recall that the best result of the actress it the 42nd place was related to the release of the first season of the Protector. Now the audience has already known the star, but she still causes considerable interest in the world. Hazar Ergüçlü is in second position. Çağatay Ulusoy is traditionally gallantly giving way to the ladies, being in the third position. Burçin Terzioğlu also causes considerable interest among viewers, she has gone up 9.090 points.

It is also curious that Engin Öztürk is in the top ten. He is up 10.661 points. This is the best result of the actor for all time. Also in the top ten is Ayşe Melike Çerçi, who played one of the immortals. She is up 22.010 points.

Miray Daner also has the best result in her career obtaining 21 position. Boran Kuzum almost hit the top ten (12th position). Okan Yalabyk boasts 11 seats and a rise of 10.462 points. Saigyn Soysal turned out to be in 34th position, while Çiğdem Selışık Onat who played Azra is in 42nd place. The most curious thing is that the actors who played in the first season of the Protectir rose as: Mehmet Kurtuluş (30 position, up 9.935 points) and Yurdaer Okur (46 position, up 15.020 points), which means only one thing: the audience of the series is growing, many are watching first season for the first time, and they are curious about the actors.

As for the rest, the positions in the top ten did not change much. Still, users are interested in Kıvanç Tatlıtuğ, Yasemin Kay Allen, Cengiz Coşkun (thanks to the success of Ertugrul in the USA), as well as Damla Sönmez. We also note the success of Ali Atay, who received the 23rd position, thanks to his award of the Tribeca festival.