Çağatay Ulusoy and Kıvanç Tatlıtuğ will follow the tradition

Aras Bulut İynemli will play a leading role in the film of O3 Medya company. The movie is directed by Mehmet Ada Öztekin. The director and actor have already worked together in the film Mahmut and Meryem

The main producer and screenwriter of the series Resurrection Ertugrul / Diriliş Ertuğrul  Mehmet Bozdağ  finished the story of his favorite character. The script of the last 150th episode is completed.

At the moment, apart from Burak Deniz in the cast of the new TV series TIMS & B Boss / Patron there are no other actors. All information about the partner of the actor is premature and not true

After signing an agreement to broadcast their serials via the Amazon in Germany and Austria, Blu Tv concludes a second agreement with the Wirecard internet platform, that will allow the Turkish service to air TV shows across Europe

While others are just going to join the army, Gürbey İleri is already serving there.

Journalist Sina Kologlu reports that at the moment television channel D is reviewing its policy on low-rated TV shows, which he had previously mercilessly closed. Trying to earn the trust of the audience, the new management of the channel decided to keep on air even those projects that do not have much audience success. The decision has not yet been made, but it is possible for the series The Spot / Leke is a chance to be renewed for the second season

Aytaç Şaşmaz, in a recent interview admitted that he had an excellent relationship with his elder brother Ismail, but only for three hours. After that a scuffle begins. They can not stay together in the same house for a long time. 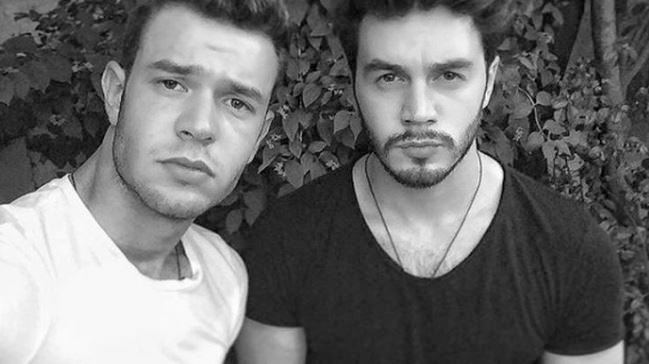 Murat Yıldırım and his spouse Imane Elbani provide great material assistance to orphanages in Aleppo. At the moment, the actor and his wife are in Syria on a visit. They will take part in a charity evening

The Turkish press continues to talk about the problems in the marriage of Beren Saat and Kenan Doğulu. This time, the Takvim edition reports that Kenan is going to buy a luxury villa in Cesme for 750 thousand dollars and take his wife there. Beren is tired of the intrusiveness of Istanbul paparazzi. Thus, he hopes that the new situation will help them cope with problems in marriage

When asked by journalists whether they intend to formalize their relationship, Miray Daner and Kubilay Aka admitted that they are too young for marriage and it is too early to talk

Behind the scenes of the series Çukur

Ahmet Kayakesen, who plays the role of Hakan, leaves the series The Forbidden Fruit / Yasak Elma after the leading actors Onur Tuna and Sevda Erginji

Today Onur Tuna and Sevda Erginсi say goodbye to the audience of the series Forbidden Fruit / Yasak Elma. Their characters will leave the story. Onur Tuna will start shooting the film Ağır Romantik on May 27

Today in the series The Oath / Soz, the commando team says goodbye to Captain Yavuz

Başak Tatlıtuğ and her colleagues in the Huriyet column discussed the outfit of Dilan Çiçek Deniz for the Cannes festival, commending the girl’s taste and calling her a modern Cinderella