Spouses Sinem Kobal Imirzalioglu and Kenan Imirzalioglu briefly interrupted their holidays in Marmaris and went to Paris for the weekend. After that, they plan to return to Turkey and continue to relax

Director Baris Yos on June 20 starts shooting a new series for the Internet platform FoxPlay. The series will consist of 10 episodes.

Deniz Baysal said she will return to the screens with the new series in September, if she gets a good offer.

According to the Turkish media, the performer of one of the main roles on the TV series Forbidden Fruit / Yasak Elma Eda Ece began to date with basketball player Buğrahan Tuncer.

Burak Deniz is preparing to become a patron

Mesut Özil took his beloved Amine Gülşe from his father’s house. The wedding has begun!

According to the publication Snob, the most famous socialite of Turkey, Şeyma Subaşı was not allowed to party at the club Momo Beach in Çeşme. She did not pass face control

Meryem Uzerli went with her daughter to Germany, where she spends holidays with her family

According to the Snob publication, Tuba Ünsal reconciled with her beloved Caner Karaloğlu and went on a vacation in Çeşme with him. By the way, he is still married

According to the publication Milliyet, Burak Özçivit and Fahriye Evcen this time could not go abroad as they do every year for the holiday of Uraza Bayram, since their son Karan is still too small. The Fahriye Evgen family came to Istanbul from Germany and is staying at the home of young parents. Burak’s relatives also spend the holiday there. 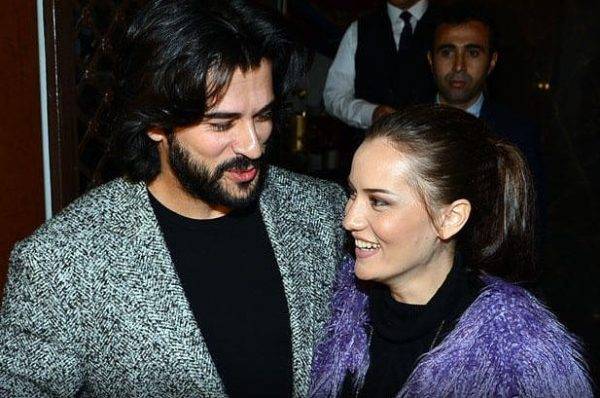 On the occasion of the wedding to be held today, Mesut Özil and Amine Gülşe organized food delivery to 16,000 poor families, who would thus share the joy of this day with them.

Bergüzar Korel was very surprised when the press made fuss around her photo without makeup, saying that the star also came under the influence of the latest trends. The actress said that the two seasons of the series played with a completely natural face and generally prefer not to use make-up. And the press just noticed it.

Today, Amine Gülşe and Mesut Özil are playing a wedding. Yesterday, the footballer said that they, together with the bride, would fully pay all the costs of the operation and the recovery of a thousand children in need. He also asked everyone who wants to make a wedding gift for him to contribute to the BigShoe Foundation, which is engaged in these operations. It will be the best gift they can make.

Nesrin Cavadzade will play in the film Cemil Şov along with Ozan Çelik, Alican Yücesoy and Cezmi Baskın

Fans of the series Sen Anlat Karadeniz continues to protest against the appearance in the story of the character Gülper Ozdemir. Tag # GülperVarsaSusKaradeniz / If there is a Gülper, then shut up Karadeniz, has already collected 70 thousand tweets and is in the tops of Turkish twitter