Did Melisa Asli Pamuk introduce her beloved to her family? 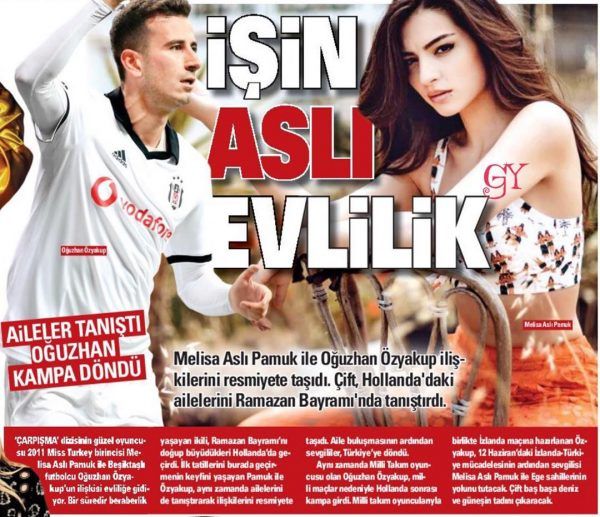 According to the Turkish press, Melisa Aslı Pamuk and Oğuzhan Özyakup got together for the holiday. The couple visited their relatives in the Netherlands, officially representing the family to each other. Thus, a decisive step was taken towards a future marriage.

After the holiday, Oğuzhan set off to prepare for new matches with the team, and Melisa decided to take a vacation on the sea. Recall that the girl for a long time was in a relationship with the actor Tolga Sala, that ended in rupture. And now, it seems, a new love has been found, and this time the young people do not intend to delay the wedding for another ten years. Turkish media believe the wedding celebration will take place next year.

However, Melisa’s fans strongly disagree with this version, claiming that the girl had a rest on holidays in Hatay, with her aunt. In his turn, Oğuzhan was at the training camp. Who is right: the press or the fans? We will find out very soon.