Yurdaer Okur as Lieutenant Colonel Aydin in the film The Miracle in the seventh cell / Yedinci koğustaki mucize. His character will play an important role in the fate of Memo (Aras Bulut İynemli) 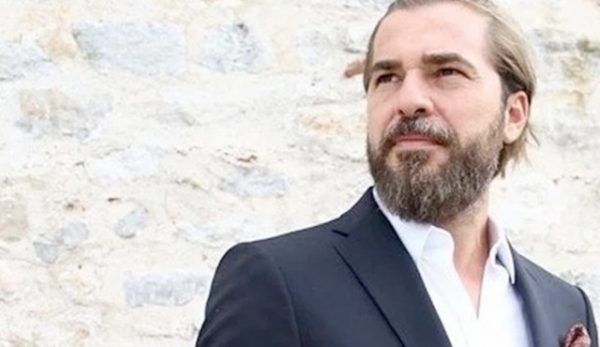 The hearings on the divorce of Necati Şaşmaz and Nagihan Şaşmaz are postponed until November 7. The spouses did not participate in the court session, they were represented by lawyers. Since the divorce is controversial, the judges postponed the consideration of the claims of both parties to a later date

Engin Öztürk liked the age filter, and he presented himself in old age

Operator Ibrahim Girgin promises that next season we will see Hazal Kaya on Show TV. Fans of the actress suggest that it is most likely not about the series, but about the TV program

Sinan Akçıl answered the traditional question of the press if they are not expecting a child negatively, stating that Buru is not pregnant

Demet Ozdemir denied the information that appeared in the Turkish media that she allegedly lives with Сan Yaman and their house will be sold. This is a lie and nothing else.

Kubilay Aka under the photo of his beloved Miray Daner: When you smile like that, it’s like the long-awaited spring comes

According to journalist Bilal Ozcan, Serenay Sarikaya reacted to the proposal to play the main role on the TV series “Ambassador’s Daughter” cold, so now the proposals have been sent to Beren Saat and Tuba Büyüküstün. Engin is waiting for their response. Given that Bilal Ozcan is not very reliable source of information, this information should be treated with skepticism. Hardly true

Footballer Gökhan Töre who divorced his wife Esra Bilgiç was spotted in the mall by the hand with a girl. A man panicked and asked journalists not to think wrong: this is his aunt’s daughter

Turkish bloggers claim that İbrahim Çelikkol’s partner in the new series of Ay Yapim, which will be directed by Hilil Saral, has become Elçin Sangu. However, there is no official confirmation of this information.