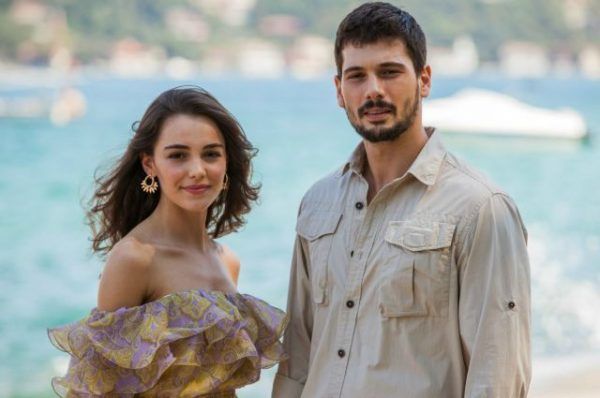 Show TV channel and MF Yapım company present the leading actors of the new series Love that makes you cry / Aşk Ağlatır Deniz Can Aktaş and Hafsanur Sancaktutan. Director of the show is Gökçen Usta, the scriptwriter is Yelda Erdoğan.

This is the story of Yusuf and Ada. Young people have moved from the provinces to Istanbul. They are trying to find their place in a big metropolis, where conscience is in conflict with love. Yusuf is a 20-year-old young man who came to Istanbul to work and managed to get to know the difficulties of life. He does not cease to hope that someday his luck will change.

Ada is a girl living with the people who are ready to suppress her feelings. But despite this, she remains kind and cheerful. When the parents decide to marry her to an elderly but rich man in order to solve their financial problems, Ada will have to choose between love for family and freedom. An insurmountable wall stands between Yusuf and Ada, but love will sprout like a flower through a stone.

However, this is not only the story of two lovers. In the center of the plot is the fate of six young people who are united by friendship and love. That is, we expect a typical youth series, so beloved by viewers of such projects as Sunshine Girls / Güneşin Kızları or Tide  / Medcezir.

The series is a remake of the famous Japanese drama Love That Makes You Cry, the rights to which were bought by the company MF Yapim, known for the TV series Mom, Heartbeat, Woman.