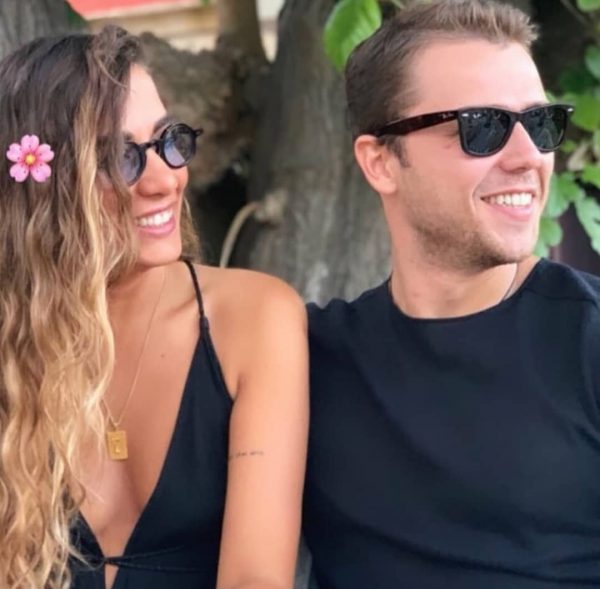 Tolga Sarıtaş is one of those actors who prefer not to show their personal life, leaving their relationship hidden from the eyes of Turkish paparazzi. Of course, information about the actor’s affairs leaks to the press, but he himself prefers to keep his distance and not brag about his “victories”.

However, this summer the situation has changed seriously. Tolga first officially presented his sweetheart – the fashion designer Zeynep Mayruk. The couple spends vacation together and apparently the young people are very in love. Judging by how much the behavior of the actor has changed, his intentions are very serious.

However, according to the Turkish tabloids, the happiness of lovers is sometimes interrupted by quarrels. The latter happened because of Tolga’s best friend Engin Öztürk. He allegedly hangs out too closely with Melis Palaoğlu. Since she is a former girlfriend of Sarıtaş, he friendly warned Engin to be careful (it looks like the girl is really something). However, Zeynep didn’t appreciate his friendly gesture. She played the jealous wife, accusing Tolga of being still not indifferent to his ex-girlfriend. Zeynep believes that Engin is an adult, and he will figure out what to do. But Tolga did not need to open this topic after the relationship ended. However, the crisis was quickly resolved, the couple reconciled and continued joint vacation.