Kaan Urgancıoğlu and his companion

The vacation of Erkan Kolçak Köstendil and Cansu Tosun came to an end. The couple returned to Istanbul and Cansu immediately went shopping. Well, Erkan is preparing to work on the new season of the series Cukur

Yasemin Kay Allen who starred in the English TV series Strike Back and also studied acting in Los Angeles, returns to Turkey to continue her career. The actress will negotiate to participate in films, TV shows, as well as advertising. 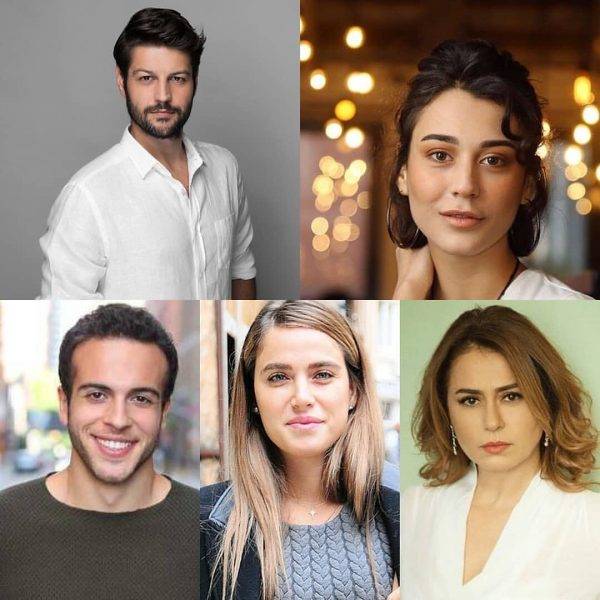 Hilal Altinbilek received an offer from an Azerbaijani company that wants to see the star as its “advertising face”. The sum of the contract is 3 million lira.

Actor Cem Belevi admitted that he is pretty sexy. And his libido is high, can flirt. But he does not cheat his beloved woman

Well-known journalist Yasin Ozbek denied the claims of some Turkish bloggers that there is romance between Furkan Andiç and Aybüke Pusat. According to the journalist, they just work together and are good friends, but there is no love between them.

Fatih İçmeli posted a photo of his beloved Öykü Gürman who is celebrating her birthday today, saying a lot of compliments

According to Aksam magazine, Demet Özdemir was planning to buy a summer house in Cesme. She really liked one of the houses but upon learning that it was worth 2 million lira the girl refused to buy and bought a cottage in Urla

Meryem Uzerli decided to take up charity by selling photos that she publishes on Instagram. She will give the money to orphans

The famous Turkish singer Ebru Polat dropped another “bomb” by writing a message in Instagram that a photo of Kubilay Aka and Hilal Altinbilek was given to journalists by Hilal herself. Kubilay could not decide to break up with Miray so Hilal “pushed” him, knowing that Miray was a proud girl and would immediately leave the unfaithful lover

Turkish journalists are gossiping that Ebru Şahin might dating with the Brazilian model Sydney Mello. Now young people are on vacation together

Journalist Mesut Yar said that he had been intrigued by reading the script for the first episode of the “Ambassador’s Daughter” / Sefirin Kizi series. There is a lot of action in the episode, it is interesting. Mesut hopes that there will be a full season.

First shots from the set of the film Aşk Tesadüfleri Sever2

After a wave of break-up from star couples, it is nice to remember that there is loyalty in Turkish showbiz. Mehmet Aslantuğ and his spouse celebrated the 23rd wedding anniversary. The couple has a son.

Murat Yıldırım is at the stage of deciding on participation in the Ramo series. The actor has not yet given his consent

Producers of the company Karga Seven Pictures are in talks with the TV channel Show TV, which can take a remake of the series House M.D. Channel management would like to see Ozan Güven in the lead role

One of the most legendary pairs of Turkish television Özcan Deniz and Nurgül Yeşilçay are together again! The actors gave their agreement in principle to participate in the O3 Medya TV series for the TV channel Show TV, that starts in January next year. We remind you that the couple worked in one of the top-rated TV shows in history Asmalı Konak

The television company TIMS&B is preparing a new summer series that will be released next year. Negotiations are underway with Tara Devries and Cem Anil Kenar

Duygu Sarışın is in love and happy