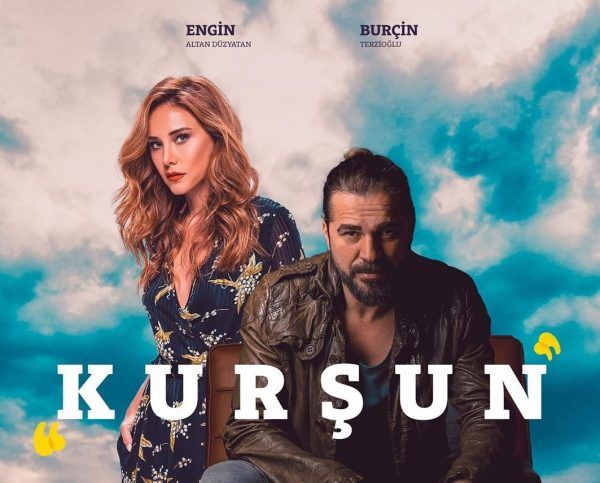 One of the most anticipated projects of the autumn season Bullet / Kurşun finally got the leading lady. After numerous rumors and gossip that the leading role will be played by Cansu Dere or Hande Erçel, and even Neslihan Atagul, it was finally officially announced that Burçin Terzioğlu became the co-star of Engin Altan Düzyatan.

Recall that the plot of the series will take place in the 70s of the last century when the fearless prosecutor Orhan Atmaca declared war to the mafia and fell victim to a Turkish criminal group. It is curious that the story is based on the fate of a real person – Marlon Kemal. The story of his life and death revealed to the public thanks to a journalist who was not afraid to name the perpetrators of this crime.

It is curious that in real life, the prosecutor and the journalist have never met. She began to investigate the events after the death of the prosecutor. Of course, in the series, everything will be different.

Burçin Terzioğlu will be playing the role of the journalist Leyla Devrim. Previously, the actress starred on the TV series Ezel, Poyraz Karael, as well as in the first Turkish-American project of the Netflix The Protector. Also, Sarp Akkaya, known to many viewers from previous works in the series The Magnificent Century, Ezel and The Oath, joined the show.

It is expected that the series will be released on Fox TV in October-November this year.