Fans report that Tuba Büyüküstün will play the leading role in the series Firuze. And her partner will most likely be İbrahim Çelikkol. So far, no official information has been received on this subject. We are waiting for the end of the holidays

According to the latest opinion poll, 78% of users of paid Internet platforms (Netflix, BluTV) are ready to cancel their subscription if RTÜK starts to control Internet content, as provided by law. Also, viewers are ready to abandon the free PuhuTV platform, switching to the usual pirate ways of receiving content.

Tarkan with his wife Pynar

The producers could not agree with the Blu TV on the adaptation of Alper Canigiz’s book Secret Agency, in which Ali Atay was to play the leading role. However, as journalist Ranini stated, she heard about new negotiations (without specifying which ones). Many have already suggested that perhaps Netflix made the creators of the project a more attractive proposal, but so far this remains at the level of speculation.

Alp Navruz in New York at an event at the Garden State Plaza, sponsored by the Sayki menswear brand

Beren Saat on the set of the series Atiye / The Gift

Farah Zeynep Abdullah began to take fencing lessons for a new film, which will begin filming in October 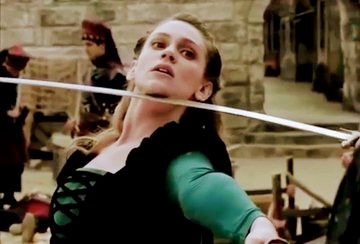 Görkem Sevindik getting ready for work on the TV series Ramo

Tuba Büyüküstün is on vacation with his daughters in Bodrum

İbrahim Çelikkol stocks up energy for the new television season

Büşra Develi admitted that she was very upset by the decision to censor Internet platforms. It is very difficult for actors to act realistically in the face of severe restrictions.

Cansu Dere admitted in a recent interview that it was very difficult to impress her. She does not want to be considered “the star” but now none of the proposed scenarios interested her.

Focus Film is preparing for the Star TV channel a daily series under the working title I Loved You Once / Sevdim Seni Bir Kere. Starring Berk Bakioğlu and Şifanur Gül

Elçin Sangu admires the sunset in Croatia with her boyfriend Serenay Sarikaya is on vacation in Greece