Today, Mehmet Bozdag and his wife celebrate the fifth wedding anniversary. By the way, they met on the set of the Resurrection Ertugrul series, where Asli Zeynep worked as a second screenwriter. Now the family duo is writing the script for the series Resurrection Osman

Mehmet Bozdag and his wife

The television company Most Production is in talks with Gulsim Ali and Engin Ozturk, who can join the TV series Bullet / Kursun. It is curious that both actors have already worked with Engin Altan Düzyatan in the TV series Revived Ertugrul.

Sevda Erginсi joined the Süreç Film series for StarTV channel Dear Past / Sevgili Geçmiş, where she will play a character named Ipek.

Beren Saat has personally confirmed that the series Atiye / The Gift will be released on the Netflix platform in December this year. 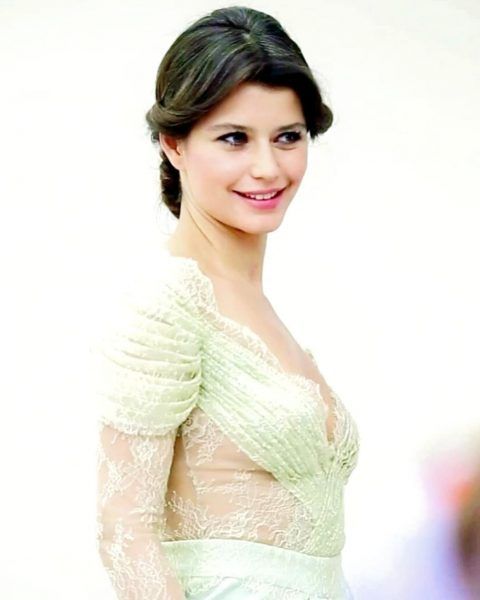 Gökçe Bahadir told the press that she was going to star in the film, and was also considering job offers on TV shows. For her, it does not matter whether it is the main role or not, the main thing is that the role be interesting

The series The Oath is completed, but producer Timur Savci continues to successfully earn on it. As it became known, the company TIMS & B releases a new album of soundtracks of the project

Actress Aslı İşler stated that the information that she allegedly had an affair with Kenan Dogulu is false. Moreover, she turned to a lawyer who filed a formal complaint with law enforcement against people who posted her correspondence on social networks, where she allegedly talked about an affair. As it turned out, the correspondence was a photoshop

Cihangir Ceyhan was seen in a restaurant with his girlfriend. However, when journalists tried to photograph the couple leaving the venue, the actor became angry and screamed that he would smash the camera on the head of the paparazzi if he took another shot. The restaurant employees tried to reassure Cihangir, pointing out that here, in fact, it’s not Adana, but Istanbul and the journalists just work

Burak Deniz remained unemployed for only a couple of days. As it became known, the young actor signed a contract for shooting in the series that will be released this season.

The first promo of the new series Wonderful Doctor

According to information from the PR office of Netflix, the third season of the series The Protector is scheduled for release in 2020. The series Love 101 will be released as early as this year. Also, in the near future, another series of Ay Yapim and the Netflix Internet platform will be announced, which is personally supervised by the platform content manager Pelin Distas

Hande Soral enjoys the sun with her brother

Cansel Elçin boasted a photograph with Gerard Depardieu, whom he met at Swissotel. By the way, Gerard admitted to him that he would like to buy a house with view to Bosphorus, he really liked Istanbul

Fahryie Evgen does not plan to return to the series in the near future, since the main thing for her now is her son

Deniz Baysal has a pre-wedding jitters. The journey through the shopping centers of Istanbul continues. On the wedding day, the bride plans to wear three dresses

Some Turkish media have hinted that Serenay Sarikaya may become Murat Yıldırım’s partner in the Ramo series. At first glance, this prospect does not seem very likely, since the actress is busy in the musical “Alice in Wonderland”. However, the musical is produced by the same company that made the series. Therefore, there are chances

Ilker Kaleli was seen leaving the hospital. As it turned out, he accompanied his manager, who was a little sick. The actor confirmed that in the near future he will begin work on a new series, also said that he has other projects. I did not answer questions about my personal life