Tolga Sarıtaş signed an agreement with O3 Medya to star in the TV series Ferhat and Shirin / Ferhat İle Şirin. Director is Mehmet Ada Oztekin. The series will be released on Fox TV in November this year.

Filming of the new BKM series Ramo will begin in Adana on September 15-20.

Can Yaman on vacation in Italy

According to journalist Bilal Ozcan, Burak Deniz began dating a young actress Deniz Irem, who starred with him in the film Arada

ES Film Company begins work on a remake of the Indian series Iss Pyar ko kya naam hai doon? which in the Turkish version will be called the Moon and the Sun / Ay Ve Güneş. The producer of the company publishes the scenario of the project.

The television companies O3 Medya and NGMedia, which are preparing the series “Ambassador’s Daughter” / Sefirin Kızı, have also begun preparing a big film, that they will begin shooting in 2020. This is a story of love and jealousy

In her last interview Alina Boz said that she had stopped using social networks, as there was too much negativity in them. She realized that she was poisoning herself by reading unfounded criticism of herself and simply stopped doing it. Life has become calmer

The situation in the Spanish broadcast continues to be very stable. The rating is still headed by the daily series Elif, while Adini Feriha Koydum has a stable audience that does not go anywhere. The audience of Içerde is gradually increasing but the Early Bird loses the viewers. Alas, the second season was not as popular as the first one.

Serenay Sarikaya began the promotion of the new season of the musical “Alice in Wonderland”, appearing in the Zorlu shopping center. Rehearsals will begin on August 26th.

According to the well-known journalist Ranini Fatih Aksoy begins work on a new series in the 2020 season. This will again be a remake, however, if the adaptation is successful, it will affect all scriptwriters in the Turkish show business

Burak Özçivit who was spotted in a restaurant in the Cihangir district answered journalists’ questions about the weight of his wife. He said that Fahriye is a wonderful mother and in any way she is beautiful for him

Fox Türkiye launches two new series. The first, code named The Lie / Yalan, is being prepared by Most Production. The second – Ferhat and Shirin / Ferhat ile Şirin – is developed by O3 Medya. Both series will be aired in January 2020

According to the television program Sayfa 2, there is no romance between Demet Ozdemir and Kaan Yıldırım. Kaan is trying hard to reconcile Demet and his best friend Seçkin Ozdemir.

Seçkin Ozdemir, Melis Sezen and Burak Yamantürk joined the cast of the Süreç Film series for the StarTV channel Dear Past / Sevgili Geçmiş

Ceren Moray, who is one of the stars of the TV series Yard / Avlu, told the press that filming for the third season has not yet begun. Actors await Netflix’s decision to renew the series

Can Yaman posted a new post on Instagram, in which he admitted that the love of Italians is mainly due to the success of the series Bitter Sweet / Dolunay. But he hopes that his new project, Early Bird, will be shown soon in Italy.

Yesterday there was a shoot of a promotional photo of the new season of the Forbidden Fruit series with an updated cast.

Turkish media claim that according to some reports, Kubilay Aka and Miray Daner met several times and are close to reconciliation 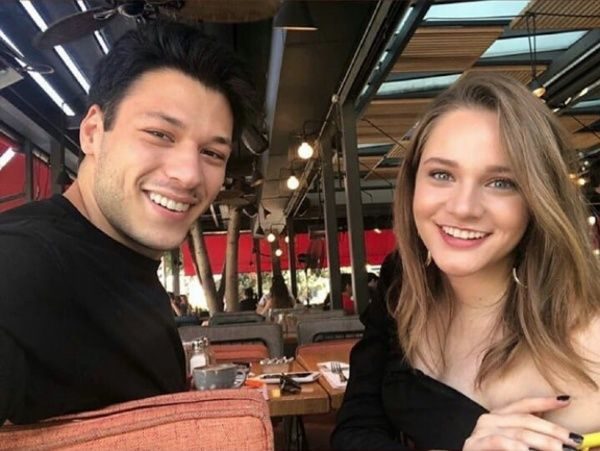