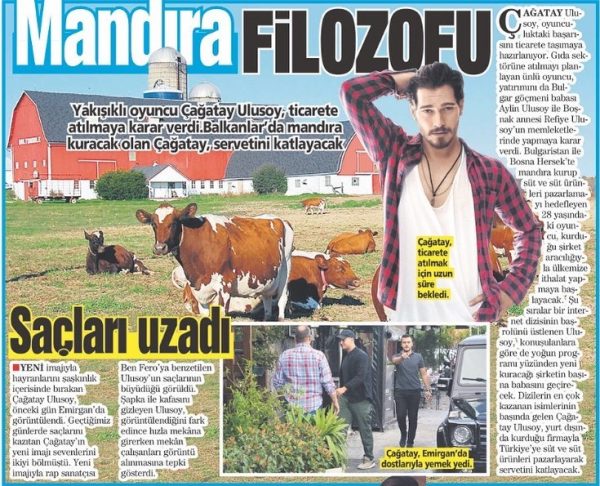 The Takvim publication claims that Çağatay Ulusoy is not limited himself only to work in series, but is also a successful businessman. We remind you that earlier the Turkish press wrote that Çağatay would import Turkish products to the United States. However, as it turned out, not only Turkish ones.

The actor has invested in the dairy industry in Bulgaria and Bosnia and Herzegovina and is going to supply products also to the Turkish market. The head of the company is the father of Çağatay Ulusoy who is a Bulgarian Turk so the choice is quite logical. In addition, Çağatay is too busy in his main job to pay due attention to business. As for Bosnia and Herzegovina, the fact that his mother is Bosnian plays a role here. It seems that Çağatay is not going to forget his roots.