According to Birsen Altuntas, if there are no changes at the last minute Ayça Ayşin Turan will act in the series of Ay Yapim TV company, which is being developed by Hilal Saral. Scenario by Sema Ergenekon. We remind you that earlier Birsen said that Alperen Duymaz will also play in the series

The most talked about characters in TV shows

Burcu Kiratli was spotted at Zorlu Shopping Center. Burcu did not answer questions about the divorce. However, she announced that she was preparing to return to the screens with the new series. She is already at the stage of signing the contract

The premiere of the new season of the Kuzgun series will take place on Wednesday, September 18

The TV series Child / Çoçuk of Star TV channel will be released in Turkey on September 9, Monday

Starting today, a new law regulates Internet broadcasting. There is no Netflix among the 253 operators who applied for a license of RTÜK. It is expected that today the company will announce its future strategy in the Turkish market. It looks like today we will find out whether Netflix will leave or stay in Turkey 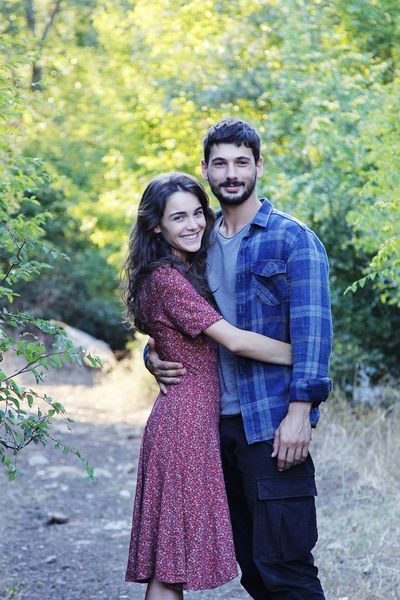 While everyone believed that Zerrin Tekindor would definitely star in the new series of her best friend Hilal Saral, the actress went to London. According to Aksam publicatio, she is going to take part in the shooting of a British film

The star of the series Forbidden Fruit Şevval Sam said she considers it necessary to give the girls to karate, so that they can protect themselves

Yagmur Tanrisevsin said that she does not think about marriage yet. At the moment she is busy in the film and her career is in the first place so far

Last year, the popular youtuber Enes Batur made the movie “Hayal Mi Gerçek Mi?” on his own, which unexpectedly became one of the leaders in the Turkish box office, collecting 1.483.848 viewers. As it became known, the film also was bought by the Netflix Internet platform and from today it is available for users of the platform

Promo of Görkem Sevindik for the TV series Ramo

Blogger Adolf said that Demet Ozdemir’s negotiations with OG Medya, reported by Birsen Altuntas, were about working on the Netflix Atiye / The Gift series. Demet joined the second season of the project, where she will play a very important role. Recall that just yesterday, another blogger (more authoritative) reported that a big surprise awaits us in the form of an unexpected actress in this series