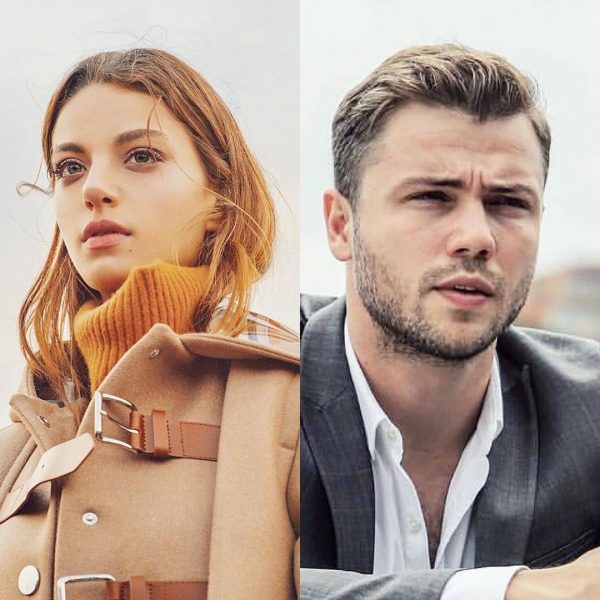 He was a prince in the series The Magnificent Century. He became a special forces commander in the smash hit The Oath / Soz. Now he will turn into a star-crossed lover. Who will be Tolga Sarıtaş’ beloved in a new tragic love story?

Tolga Sarıtaş who received well-deserved recognition after working in the fourth season of the great hit The Magnificent Century, confirmed his status as one of the most promising young stars of Turkey in the super-successful project The Oath / Soz. Of course, after such a success, Turkish viewers were looking forward to what kind of project the actor would choose this time.

It seems that Tolga decided not to get stuck in the image of the harsh special forces commander that brought him a lot of fans and try a completely new character. This time he will appear in the image of an unfortunate lover in the next adaptation of the classic love story “Ferhat and Şirin” / Ferhat İle Şirin. A young actress Leyla Tanlar will be his love interest in the show. The search for the actress for the role of the elder sister of Şirin Banu continues.

The tragic love story based on the work of the classic of Turkish literature Nazim Hikmet “The Legend of Love” has been repeatedly adapted in cinema not only in Turkey. There is even a Turkish-Russian film in which the queen of the Turkish screen Turkan Şoray played the leading role. This time, the creators decided to modernize the story transferring the action in our time.

The plot is based on the impossible love of the artist Ferhat for the beautiful girl Şirin. However, her sister Banu decided to separate the lovers setting Ferhat an impossible condition, only by fulfilling which he could be with his beloved. Ferhat’s love was so great that the impossible became possible. Realizing that her machinations were powerless Banu decided to resort to the last option informing the young man that Şirin had died. Unable to bear grief he committed suicide. Şirin having seen the body of her beloved fell off a cliff reuniting with him forever.

O3 Medya known for the series Wounded Love, Evermore and The Protector produces the show. The director is Mehmet Ada Oztekin. The series will be released on Fox TV channel in November this year.