Rasit Baszibagli thanked Ilknur Seref for choosing DERVİŞ BAŞZIBAĞLI brand for the GQ awards ceremony in Abu Dhabi. At the ceremony Çağatay Ulusoy was wearing a tuxedo of this brand.

Meltem Miraloglu, who played in the series Life Continues / Hayat Devam Ediyor the wife of a very elderly man married an 80-year-old US citizen and moved to America.

Demet Evgar said that rumors about the cancellation of the series Yard / Avlu do not correspond to reality. Netflix has divided the series into three seasons, which will be available on the platform. Filming of the new season will begin presumably in January

Turkish media have finally found out what exactly Kıvanç Tatlıtuğ will do in the USA over the next 6 months. As it turned out, the actor will negotiate with the management of local television channels for the sale of Turkish TV shows. That is, it will act as a producer and distributor. He will be fully supported by the Kıvanç Tatlıtuğ North America Fan Club, which was founded by 10 American businesswomen

Turkish media report that Hande Erçel may play the daughter of the famous poet Mevlana in the Iranian-Turkish film dedicated to the life of Rumi. 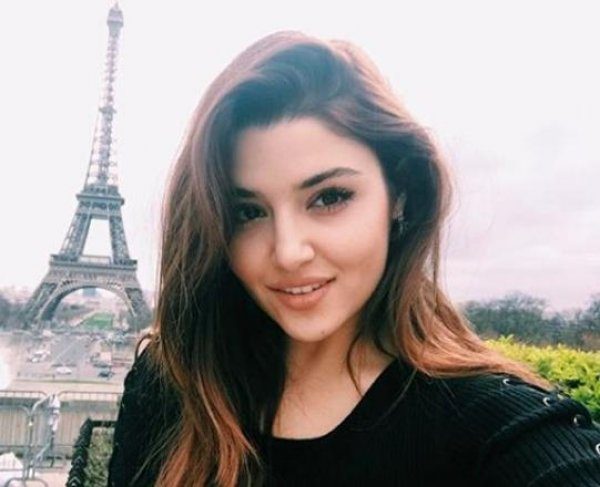 Akın Akınözü in the shopping center of Istanbul

On Monday, October 7, a new Turkish series Love for Rent / Kiralik Ask / Te alquilo mi amor was started on Spanish air. The project of Barys Arduç and Elçin Sangu did not make a special sensation. 1001 nights ahead of Feriha by exactly a thousand spectators, leading the ratings in Spain

Last week, Meryem Uzerli passed audition for participation in the third season of the Netflix series Dark and is now waiting for a response from the producers of the project

Filming of the new series of Can Yaman with Gold Film will begin in February next year. The release of the series on Star TV is scheduled for spring. The scenario has not yet been selected, but Can really liked one of the proposed options

Serenay Sarikaya moved to a new place of residence last month, closer to the Zorlu shopping center, where she currently works. When moving, she handed out unnecessary things to the needy. According to journalists, the cost of such things amounted to 150 thousand lira

Neslihan Atagül at the bookstore

Fuat Fatih Odabaşı can join the cast of the series Babylon / Babil, where he will play the son of university professor Irfan (Halit Ergenç)

Selen Öztürk joins the cast of the series Azize