Babil: The Return of the Legend 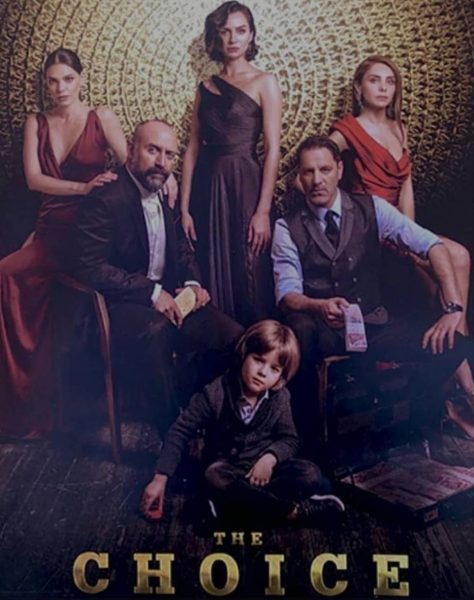 Financial pyramids, mob hit, adultery, rival friends and the legendary cast. Here is the new series The Choice / Babil starring Halit Ergenç and Ozan Güven. But the surprises do not end there!

The Magnificent Century is rightfully one of those projects of Turkish show business, about which one can safely say “the legend.” The cast of the series became truly cult, but many viewers no longer expected to see their favorite actors together. However, sometimes dreams do come true. Halit Ergenç, Ozan Güven and Nur Fettahoğlu again teamed up to work together. Moreover, there are such big names as Birce Akalay, Asli Enver and Mesut Akusta in the cast of the new series The Choice / Babil. The director  is Uluç Bayraktar who is well known to viewers on such series as Ezel, Karaday and Içerde.

The television company Ay Yapim  was able to gather such a legendary cast for the beIN Internet platform. BeIN Media Group, founded in 2014 in Qatar, is an independent company that broadcasts on five continents in 43 countries, including Europe, North America, Asia, Australia and the Middle East. beIN has media streaming contracts with BBC, Warner Bros., CBS, DreamWorks and Discovery. In 2016, the company acquired the paid Turkish Internet platform Digiturk. Thus, Netflix has another powerful competitor in the market, that will also be engaged in the production of its own shows.

The scenario is based on the fate of Professor Irfan, who was fired from the Faculty of Economics at a prestigious university. His son has a deadly disease that requires expensive treatment. Irfan cannot find even the dirty job and falls into despair in front of the closing doors. But his best friend Egemen comes to the rescue. They develop real estate fraud. Having achieved success, friends find themselves face to face with the mobster, whom they robbed. Desperate men, they decide on an even bigger adventure, organizing the biggest financial fraud in the history of Turkey. A financial pyramid combines with the secrets between Irfan, his wife, his friend and his ex-bride …

The teaser of the series shown in Cannes as part of the MIPCOM media content exhibition aroused great interest among the international audience. The show immediately became one of Turkey’s most anticipated television projects around the world. When it goes on air is not yet known.