Was Serenay Sarıkaya the reason for the breakup of the star couple? 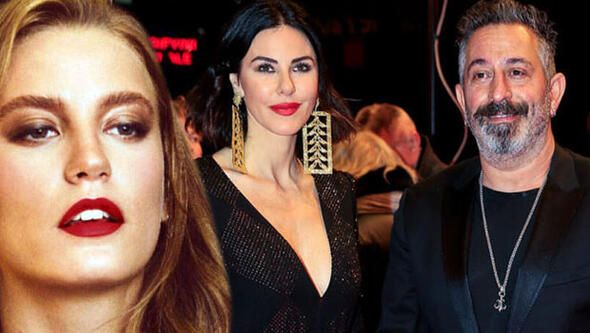 Cem Yılmaz and Defne Samyeli were a model of a loving couple, but jealousy intervened in their relationship. Who caused the separation of the two stars? You know this name very well!

Famous singer and actress Defne Samyeli and favorite Turkish comedian and director Cem Yılmaz, who for two years had a very beautiful love story, suddenly broke up. The stars refuse to comment on the reason for their disagreement, however, the Turkish media put forward their version and it turned out to be quite unexpected.

According to the presenters of the 2.Sayfa television program, the reason for the breakup of the star couple was Serenay Sarıkaya, whom her friend Ozan Guven introduced to Cem. Recall that Ozan and Serenay starred together in the TV series Fi Çi Pi and continue to maintain friendly relations after completion of work. On April 19, Serenay attended the performance of Cem Yılmaz and met him. However, Defne Samyeli didn’t appreciate too close relations between Cem and the star of the musical “Alice in Wonderland”. The couple quarreled because of a crisis of jealousy and decided to break up.

Does Defne’s jealousy have any real reason or is it just a misunderstanding that will soon be resolved, we will find out in the near future. We will follow the development of events.