Can Yaman is looking for a new co-star 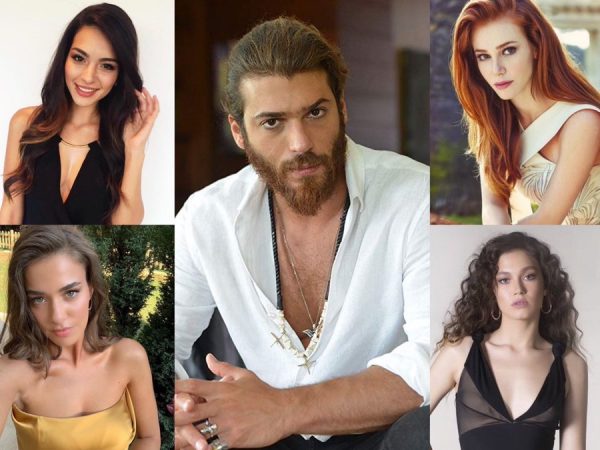 Can Yaman is looking for a new partner

He created an unforgettable duet with Demet Ozdemir. Many fans do not want to let go of their beloved couple. But life goes on, and Can Yaman is already looking for a new partner. Who will the choice of producers fall on? We have our own guesses on this matter!

Next January, Can Yaman will enter military service, that will last 21 days. Immediately upon returning from the army, the actor will begin preparations for a new series, that is scheduled for release on Star TV in March. As it became known, Gold Film TV company agreed with the scriptwriter Toprak Karaoglu, who previously worked on the TV shows Insider / Içerde and 8th day / 8 Gun. He’ll write the script for the new series of Can Yaman for the Star TV channel Life Debt / Can Borcu. It will be a story of love, adventure and action, that will take place in the Middle East and Istanbul.

Of course, the choice of a new partner is extremely important, because she will create a couple with Can, in which viewers will have to believe in the same way they believed in the love story of Can and Sanem in the TV series “The Daydreamer” / Erkençi Kus. According to the 2.Sayfa program, producer Faruk Turgut is considering the following candidates who could become Can Yaman’s new partner: Bensu Soral, Melisa Asli Pamuk, Elçin Sangu and Melisa Senolsun.

As journalists suggest, the choice will most likely fall on Bensu Soral, known for her previous work in the famous TV series Insider / Içerde, where she was a partner of Çağatay Ulusoy. The girl is not only beautiful, but also has an undeniable advantage: she is married to one of the richest men in Turkey, Hakan Bas. Gold Film can use this for its own purposes, because the series Insider was also sponsored by Hakan. An indirect proof of this choice is the fact that the entire team of Can, including managers and his personal stylist, has started following Bensu on Instagram. However, this has not yet been officially confirmed.

READ  Will Сan Yaman be boycotted?

Who will become the female lead of Can Yaman’s new series? Will his new series be a success? We will learn about all this in the very near future. We will certainly inform you about the lucky lady.