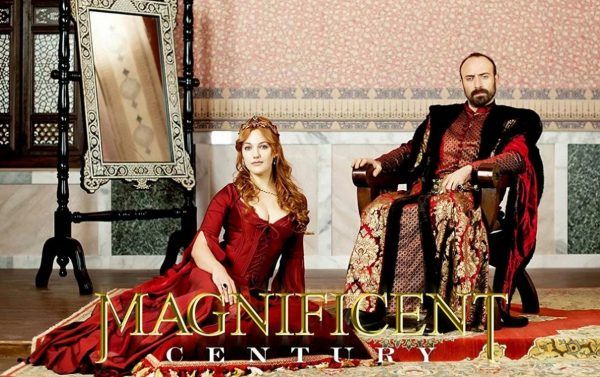 According to Forbes publication after the USA, Turkey is the second exporter of the series in the world. To date, 150 shows have been sold to 146 countries in Europe, the Middle East, Central Asia, Africa, North and South America. In total, Turkish TV shows are watched by 700 million viewers from Russia to China, from Korea to Latin America.

Turkish TV shows are most popular in Chile, Mexico and Argentina. The first Turkish series to be sold abroad is the Forbidden Love. It was the project of the 1975 TRT1 channel, which was sold in 1981 to France. In 1999, the Wild Heart / Deli Yürek series was sold to Kazakhstan, and by 2008, Turkish production shows began to take over the Middle East. Released in 2005, the Gümüş / Silver series with Songul Oden and Kıvanç Tatlıtuğ was watched by 85 million viewers in Arab countries.

The series 1001 Nights starring Halit Ergenç and Bergüzar Korel has become an international phenomenon. The project had high ratings in 80 countries where it was broadcast. Halit Ergenç’s next project, The Magnificent Century, conquered the world. It was shown even in Japan and reached half a billion spectators. Despite the ban on broadcasting in Saudi Arabia and Egypt, the series continues to be watched over the Internet. It is the most popular series in Jordan, Iraq, Qatar, Morocco, Tunisia and Algeria, ranks first in the ratings of Azerbaijan, Turkmenistan, Kazakhstan, Kyrgyzstan and Uzbekistan, as well as Albania, Poland, Serbia, Bulgaria, Greece, Macedonia, Croatia, Bosnia and Herzegovina, Hungary and Kosovo.

Venezuelan President Nicolas Maduro, who shared in his personal account on social networks that he watched the TV series Diriliş Ertuğrul / Resurrection: Ertugrul, also visited the set of the project during his visit to Turkey. The famous football player Lionel Messi in social networks said that his children were watching the series Kara Para Aşk / Black Money Love.

Revenue from serial production exports is expected to reach $1 billion in 2023.

Turkey is one of the five countries that are leaders in viewing its products on Internet platforms along with the UK, USA, France and Germany. The policy of simultaneously broadcasting television series on YouTube, Netflix and Puhu TV attracts a youth audience.

Netflix that operates in 190 countries and has 150 million subscribers, is also interested in Turkish shows. Apart from shopping the Turkish TV series (Leyla ile Mecnun, Suskunlar, Karadayı ve Ezel), the management decided to produce TV series in cooperation with Turkish producers. The first series of the platform was The Protector starring Çağatay Ulusoy that received worldwide success. It will be followed by a Atiye / The Gift starring Beren Saat and Mehmet Gunsür.

What series will become sales leaders in 2019, we will find out only after a year, when the final results will be announced.