For 9 hours, the first photo of Karan Özçivit on Instagram had 2.1 million likes, the baby and his parents were on Twitter trends. Social networks are vigorously discussing who the boy looks like – dad or mom. Most users are confident that the boy in 2040 will win the contest “Best Model of Turkey” as his dad

Alp Navruz has signed a contract for work in the new series of the company Pastel Film Emerald Phoenix / Zümrüdü Anka. His co-star will be Ceren Yilmaz. The director is Cemal San. Shooting the series will begin next week

The Turkish press for two days has been discussing another “reconciliation” of Duygu Sarışın and Çağatay Ulusoy, and their trip to Izmir to the girl’s parents.

In a recent interview, Kadir Doğulu stated that he was reproached a lot for allowing his wife to dress, to work in TV shows. However, he considers himself not in the right to dictate the rules to his beloved woman. If a man begins to behave like that, then you can’t build a normal family

The Turkish press writes about the new “festival” love of Farah Zeynep Abdullah. The actress, who broke up with her previous boyfriend in October, met Doga Demircol in November in Seattle and the couple began dating

“From now on, you will not be able to photograph us hand in hand,” Sinan Akçıl said last week and … went yesterday to the mall hand in hand with his ex-wife and current bride, Burcu Kiratli.

Asli Enver and Murat Boz want to give another chance to their relationship.

In a recent interview, Halit Ergenç said that he is currently continuing to shoot on the Choice / Babil series, which will be aired on Star TV. He and his wife are already thinking about the name of their second son, but have not yet chosen. 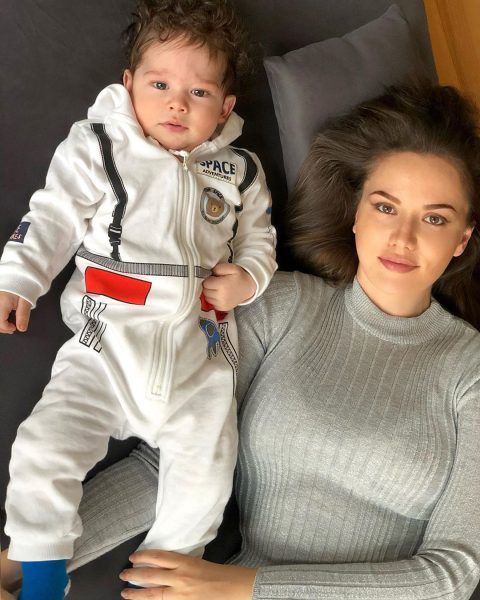 Hazar Ergüçlü took for the habit of taking photos without makeup

The wife of Kıvanç Tatlıtuğ Basak Dizer in a recent interview admitted that she was not at all jealous of her husband. Her friends are even surprised at this, but she didn’t have such a thing in her thoughts. They have no such relationship problems.

After Naz Elmas left the series The Bandits / Eşkıya Dünyaya Hükümdar Olmaz the audience was promised the return of the “true love” of the protagonist. Which of the three ladies of the heart will return to the project?

Deniz Baysal getting ready for a new series?