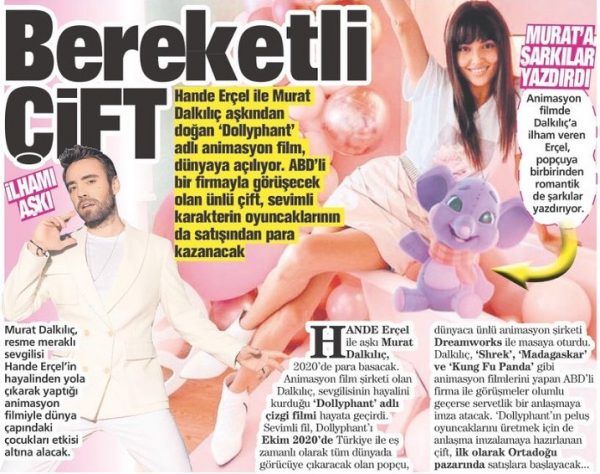 Hande Erçel and Murat Dalkılıç make a breakthrough on the international market with a movie produced by Murat Dalkılıç’s studio “Dollyphant”. As it became known, the couple signs an agreement with the world’s largest animation company Dreamworks. The cartoon will be released worldwide, and Murat and Hande will receive the rights to sell toys. Dolly’s cute plush baby elephant will be first sold in the Middle East. As you know, the sale of products related to movie heroes can bring millions of dollars. It remains only to wish success to the famous couple in their new endeavor.