Sinan Akçıl will sing for his beloved for free 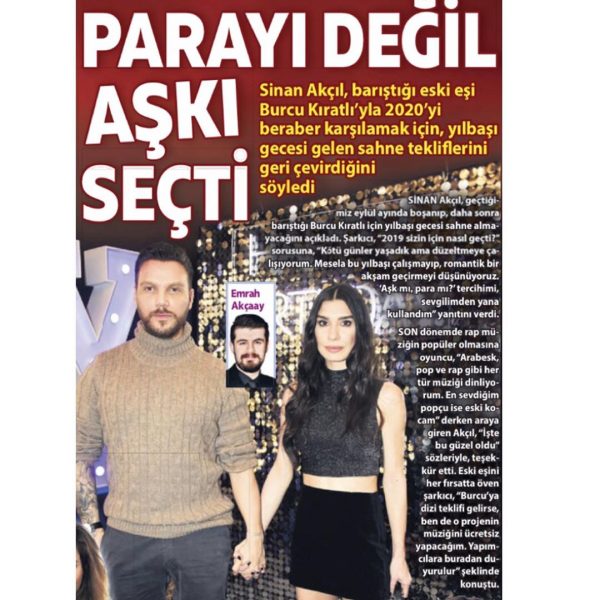 Sinan Akçıl and Burcu Kıratlı attended the birthday of one of his friends. After the party, Sinan gave a short interview to the press, saying that 2019 was a very stormy year for him. He managed to get married and divorce, and then again began dating with his ex-wife. Now they are trying to build relationships. New Year’s Eve will be very romantic for them, he is not going to work. If you choose between love and money, he chooses love. Burcu admitted that she loves to listen to her husband’s songs, to which Sinan turned to the producers and said that they should take their beloved ex / future spouse to the series. Indeed, in this case, they will receive music for the project for free – he will personally compose and sing, this is such a profitable move.