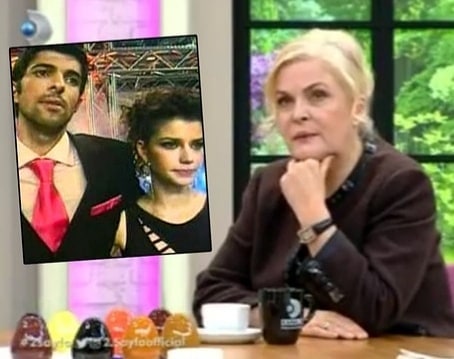 Nurseli İdiz is offended by Beren Saat because she never remembers the Turkish Stars contest, which made her an actress. Nurseli was a member of the jury, but after the contest she and Beren never met.

And in general, Beren’s acting has faded into the background, now her personal life resembles a show. And every month a new episode. Recall that Madame İdiz had serious problems with alcohol, and she no longer appears in prime time TV shows. Apparently, because of the success of the Atiye series, the elderly actress decided to remind about herself in such a vulgar way.