Rise of Empires: Ottoman. Did Netflix forget about the Turkish series? 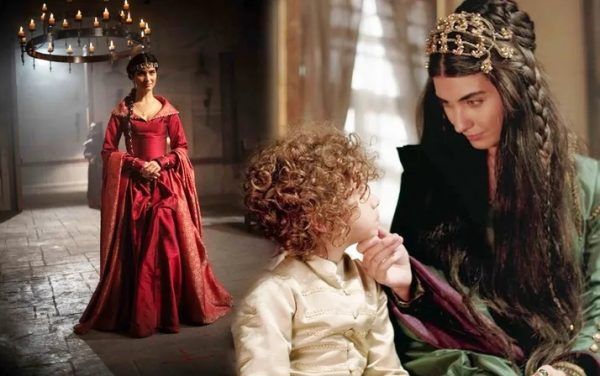 Fans of Tuba Büyüküstün and other actors starred in the TV series Rise of Empires: Ottoman are in a panic because of the complete absence of the project’s PR company. But should they be so worried?

On January 24, Netflix will present its viewers the new Turkish series Rise of Empires: Ottoman. The 6-episode docudrama tells about a turning point in the history of  one of the most powerful empires: the capture of Constantinople, which became the capital of the state of the Great Ottomans.

The joint production of STX television and Karga Seven Pictures will invite its viewers to plunge into the tense political confrontation between West and East with the help of Charles Dance, who starred in such series as Game of Thrones and Crown. He will narrate the story of the young Sultan Mehmet II the Conqueror, who pushed the boundaries of his empire and turned a regional Power into a world leader.

However, fans of the actors are worried. There is a feeling that Netflix just forgot about the project. There are only 10 days left before the premiere of the series. They hoped for big PR company similar the release of the Atiye / The Gift and Hakan Muhafiz / The Protector series, but this did not happen. No outdoor advertising, no interviews with cast and promo on social networks, just a few modest photos. And most importantly: they didn’t get the trailer of the series.

This is actually a common practice for Netflix. Only the largest projects are awarded by the promotional company a few months before the premiere. Trailers of regular TV shows are released one or two weeks before the release on the platform, so fans are likely to see it this week. Then Netflix will give the promotional photos and the interviews with the cast. Docudrama is a niche format that is much less popular with Netflix viewers than fantasy series, so the project’s PR company will be modest.

However, projects for a small audience of historical documentary lovers occupy a special niche in Netflix. They are of excellent quality and are in demand among fans of a history. We hope that the platform’s audience will appreciate the first Turkish project in this genre.