Tolga Sarıtaş, which journalists noticed on the streets of Istanbul, said that while he had no projects, he was resting, and then he would see. The actor did not answer questions about his personal life, wishing him all the best.

Today in Turkey, the gala premiere of the new film War of the wives of the brothers / Eltilerin Savaşı

New poster of the series Love for show

Yesterday, the crew of the TV series Woman / Kadin staged a farewell party. The project ends next Tuesday, remaining the leader of its day.

Hande Dogandemir, who attended the premiere of the film “Love Loves Accidents 2,” said that she was happy in her personal life, but it was too early to talk about the marriage. As for the new projects, so far there is nothing, she is pleased with her performance, and then we will see

Saadet Isil Aksoy publishes a new photo, reporting that she is at the 35th week of pregnancy

Melisa Şenolsun, who was noticed by journalists in the Nisantasi, confirmed that Netflix decided to renew Atiye / The Gift series for next season. Filming of the new season will start in March

According to Birsen Altuntas, filming of the Dam / Baraj series started today

Great news for fans of Atiye / The Gift. The management of Netflix decided to renews the project for 3rd season. This was stated by the leading actor in the series Mehmet Gunsur, who said that they received good reviews from around the world. Filming will start very soon. 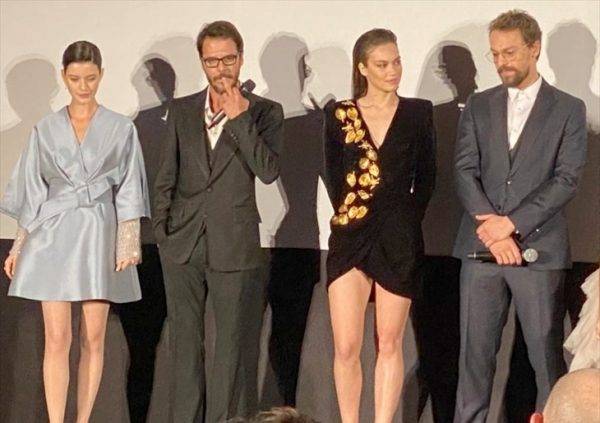 Hilmi Cam Intepe on the set of the mini-series Independence or Death, dedicated to the creation of the modern Turkish Republic

Zeynep Çamci was seen the day before in the Zorlu shopping center with her husband Serhat Bayram. As the actress admitted, she is very glad that she was able to make her own film. It can be watched by the whole family, it is very valuable for her. True, the fact that her movie Feride failed at the box office was not mentioned.

Interview with the star of the TV series “Rise of Empires: Ottoman” and “Çukur” Damla Sonmez, who caused great interest among the international audience after the release of the 6-episode docudrama about the conquest of Istanbul