Hazal Kaya on a walk with her son Fikret Ali

According to yet unconfirmed information, Netflix plans to release the third season of the series Hakan Muhafiz / The Protector on March 27. The fourth season will be released in July. Information is preliminary. 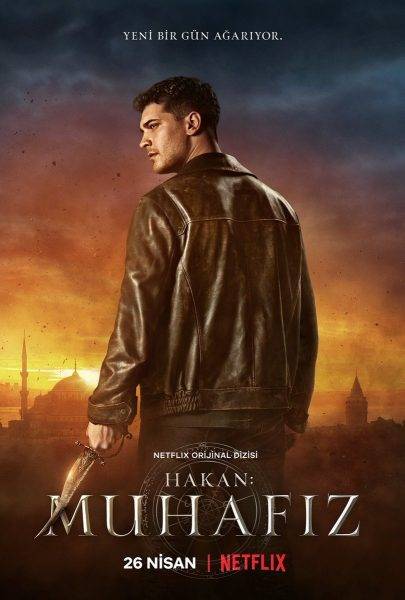 Tansel Öngel joined the cast of the ES Film series for the channel D Moon and Sun TV channel / Ay Ve Güneş. He will play a character named Murat

Somera’s most talked about TV shows in Turkey, in January 2020

most talked about TV shows

According to Turkish media, a romantic relationship began between Leyla Tanlar and Genсo Ozak

According to the famous journalist Ranini Nurgül Yeşilçay liked one scenario. If the negotiations are successful, then she will return to the screens in September.

Seray Şahiner joined the script group of the series Your Home Is Your Destiny / Doğduğun Ev Kaderindir. The last work of the scriptwriter was the series Our Story. The creators plan to increase the pace of the project

According to the famous journalist Ranini Burak Deniz decided not to tempt fate anymore. In the near future, he will consider the possibility of working in online series and in films.

Deniz Can Aktas is in talks to star in the new ES Film series The Moon and the Sun, which is a remake of the popular Indian project How to Call This Love

According to the Turkish press, Demet Ozdemir started dating with Yaman Taciroğlu

According to CNN Duygu Sarışın is preparing a surprise party in honor of the return of his beloved Çağatay Ulusoy from the army. Çağatay finishes military service on February 10. The lovers plan to spend a short vacation and celebrate Valentine’s Day together on February 14th.

The tabloid Posta reports that Serenay Sarikaya and Kerem Bursin still maintain relations, as they are the owners of two dogs that live alternately between Serenay and Kerem.

Karga 7 proudly announces that Rise of Empires: Ottoman is 8th most watched show on Netflix this week

Saadet Isil Aksoy on the cover of ALEM magazine

Bestemsu Ozdemir and her original sense of style

İbrahim Çelikkol spoke about what it means to him to be a father. The actor admitted that paternity has many wonderful emotions that cannot be described in words. Life is completely changing. Ali is like his wife Mihre and himself.

Gonca Vuslateri in the February issue of İstanbul Life

Nilperi Şahinkaya who was seen with her boyfriend in the Etiler disctict, admitted that they had not yet discussed the possibility of marriage.

Neslihan Atagül tries an unusual angle for a selfie

Cansu Tosun, who is 4.5 months pregnant, decided to change her image and started with a hairstyle

Latin American fans of Kıvanç Tatlıtuğ and Hazal Kaya are asking Netflix to repeat this wonderful duet. Moreover, the actors are still friends.

Asla Bekiroğlu made a statement in which she announced that she was submitting an application to the prosecutor’s office against hackers who hacked her account and posted her intimate photos. The girl asks to treat the situation with understanding. She was supported by colleagues