Turkish paparazzi took a photo of Serenay Sarikaya and Cem Yılmaz, who traveled together to Athens. But the tabloids got them there too

Today, the oath-taking ceremony of Çağatay Ulusoy who finishes his  military service in three days took place. His army friends began to share photos of the actor 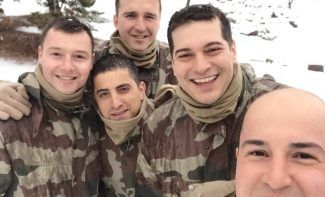 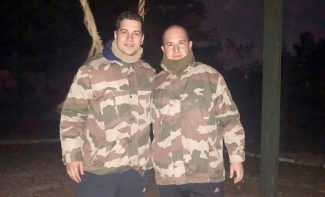 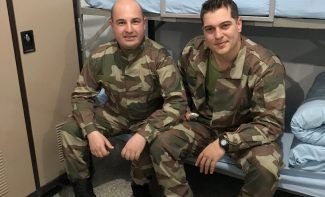 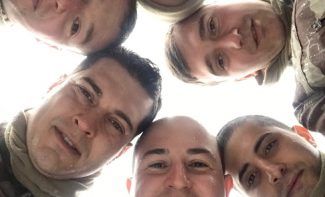 According to Birsen Altuntas, Hilal Saral is about to make the movie Cesaret this summer. The scriptwriter is Yildirim Turker.

Turkish social networks are discussing the scene of the TV series Precisely / Aynen Aynen, in which Kerem Bursin plays with women’s panties.

An overly annoying fan who pursued actress Gülsim Ali Ilhan sentenced to 3 months in prison for invading someone else’s privacy. Note that the young man did not threaten the girl, but simply gave flowers and left a ring on the threshold of her house. However, the court considered that he was stalking the actress and sentenced him.

The information that Çağatay Ulusoy will be at the Tarkan concert in Monte Carlo was confirmed by sources in Monaco (Hulya Beren was responsible for the photo shoot of the actor in London).

Hande Dogandemir admitted that now it is too early for her to think about marriage. While she has work in the theater, and then it will be seen

Oktay Kaynarca in the shopping center

Seray Kaya was spotted with her mother at İstinyePark Shopping Center. Seray admitted that after finishing work on the TV series Woman she receives a lot of offers, but so far she is thinking just to relax. Of course, if a project suddenly touches her that touches her, she will accept it

An atmospheric photo of Taner Olmez, who will soon appear before the audience not only as a brilliant doctor Ali Vefa, but also as the best friend of Hakan Demir (Chagatai Ulusoy) in the series Netflix Defender.

Hello magazine announces an interview with Çağatay Ulusoy on Instagram