Çağatay Ulusoy spoke about the new work and Duygu Sarışın 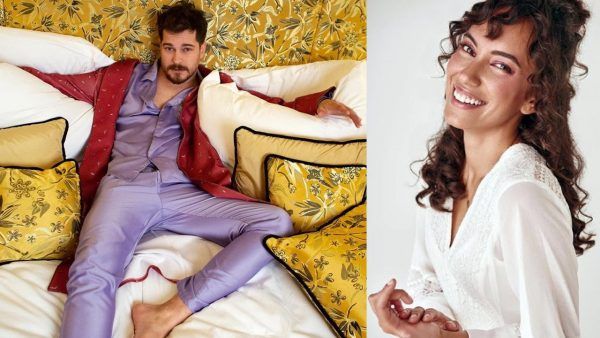 After months of silence, Çağatay Ulusoy finally opened the veil of secrecy over his future plans and shared some details of his personal life. What did the actor say in a new interview?

On February 10, Çağatay Ulusoy finishes his military service and returns to civilian life. According to Turkish media, the actor is going to relax a bit with his sweetheart Duygu Sarışın and then return to work.

In March, we are waiting for the premiere of the third season of the Netflix series Hakan Muhafiz / The Protector, the promo campaign of which has already begun. And the first step of this promo was the publication of an interview with Çağatay, which he gave to the Turkish version of Hello magazine. Note that the photo session took place in London, where the actor went with his manager and stylist back in October last year. However, the interview came out just now, having officially opened The Protector’s advertising company.

The good news for all fans of the talented actor was his announcement that he was preparing a surprise, that he would soon share with his fans. The year 2020 will be very tense for him and his family, he is going to announce the projects that he has been working on recently. It will be a year of new beginnings. Of course, reporters asked if he likes biographies of prominent people and whom he would like to play, alluding to rumors that he will star in the movie about the outstanding Turkish wrestler Koca Yusuf. Çağatay stated that he liked biographical projects, but preferred not to go into details. However, he admitted that he had already held negotiations and began work in this regard. But there is still time for these projects. Whether he meant Yusuf or something else is not entirely clear yet.

The actor also confirmed that work on the film “Free Goldfinch”, in which he acts as the author of the script and the director, continues, but until he is completely ready, he will not disclose the details of the project. When asked by journalists, would he like to work with his brother Atalay, who lives and studies in London, in the future, Çağatay replied: “Who knows, maybe we are already working”

The most interesting part of Çağatay Ulusoy’s interview for Turkish journalists is his confession that he and Duygu Sarışın are doing well. The actor admitted that his views on love have changed over time and quoted Hemingway’s words that the most beautiful thing in life is to have a person next to you who knows all your shortcomings, but continues to consider you the best. And the greatest pleasure in Çağatay’s life is fishing and diving, it gives him peace and happiness.

What awaits the fans of the actor in the near future? What surprises will Çağatay Ulusoy give to them? Will he continue to work in Turkish cinema, or will new horizons await him? We’ll find out about this very soon.