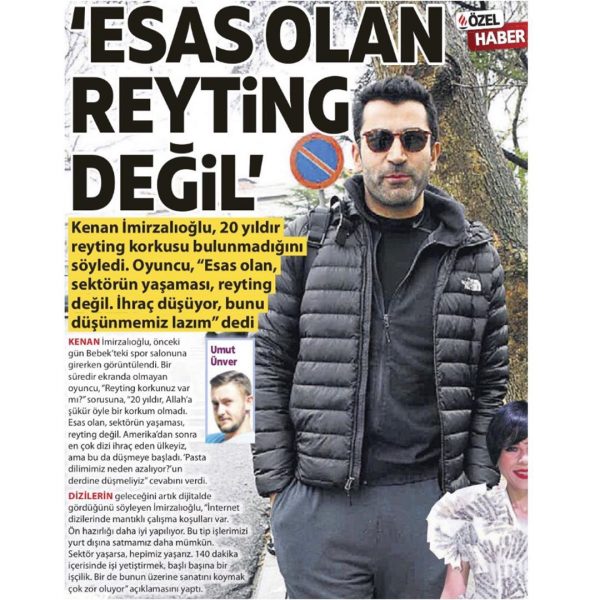 Kenan İmirzalıoğlu, who was seen at the exit from the gym, said that for 20 years he had never been afraid of ratings and now he is not at all concerned about them, but about the state of the sector as a whole. As long as the television sector is alive, the actors will have work. Turkey is the main exporter of TV shows in the world after the United States, but exports are currently beginning to decline. This is a real problem, the sector should think about what is happening, why is our piece of cake shrinking?

However, there is still a way out. According to Kenan, the time has come to reorient Turkish shows on digital platforms. There are reasonable working conditions in the Internet series, the best preparation. Perhaps it is online TV series that will be better sold abroad in the future. As long as the sector is alive, the Turkish actors are also alive. And to create 140 minutes of content per week is too complicated, it’s not about the art and creative process.

It should be noted that earlier Kenan declared that he prefers to work on television. However, as a result, he nevertheless began working in an Internet project. And it seems that he is not in a hurry to return.