The performances of the musical Alice in Wonderland, scheduled for March 13, 25, 26, and April 5, were canceled due to the coronavirus epidemic. The performance will resume from April 6, unless the epidemic takes on even more menacing proportions. Spectators can change tickets

Çağatay Ulusoy as the first Protector of Istanbul. And next to those who created the character of Harun

According to the program, 2nd page / 2.sayfa Miray Daner and Kubilay Aka nevertheless reconciled. Yesterday, the couple attended a presentation by Ebru Sahin, and they came together.

Selin Şekerci who broke up with Caner Cindoruk, found a new love with the director Murat Can Oguz. According to the actress, their relationship is developing very well.

The Turkish press quotes Dilan Çiçek Deniz saying that there is no one in her life right now. They have a joint film with Metin Akdulger, but there is no affair, they are just friends

The star of the series Hercai Feride Cetin became a mother. Yesterday, she gave birth to a girl named Hayat.

The daughter of the ambassador / Sefirin Kizi

The Turkish press reports Hilal Altinbilek will star in the spanish movie. The filming will begin in Spain this summer. Jon Kortajarena will be her co-star. However, given how much and enthusiastically the Turkish press is lying, it is still necessary to take this information with caution

The film of Aras Bulut İynemli Miracle in Cell No. 7 is already available on the Netflix platform worldwide.

Selma Ergeç, who was spotted on the streets of Istanbul, admitted that she did not have a TV show right now, and she did not find a script that would touch her. She wants to return to the screens, but does not feel that the roles that offer her are right for her

Hazar Ergüçlü, who has become a Reebok brand advertising face, has stated that it maintains contact with a family located in Cyprus. They try not to leave home whenever possible. She herself wore a mask at the beginning, but then realized that it was useless. But she drinks a lot of water, disinfects her hands with gel, does what the Ministry of Health recommends

Bergüzar Korel and Halit Ergenç who became parents for the second time, asked their friends not to give them gifts, but rather donate them to charity.

Medyapim is preparing a show for the Fox TV channel, which is a remake of the popular American contest The Masked Singer.

Yağmur Tanrısevsin said that she has pleasant surprises for fans, but she didn’t reveal any details. Looking forward to another comeback?

After the rating drop of the second episode, Fox TV doubts the fate of the series Teacher. Most likely the project will be completed in May

The fate of the series Hercai hangs in the balance. If the rating of AB does not rise, then the series will make the final in May. If it rises, they will go to the third season, however, all the actors have contracts only until May, so who will stay in the show is not clear.

Hekimoğlu TV series was renewed for the second season

All series this year will be completed with the onset of the Eid al-Fitr (Uraza Bayram) holiday on May 23. Summer series will begin in June 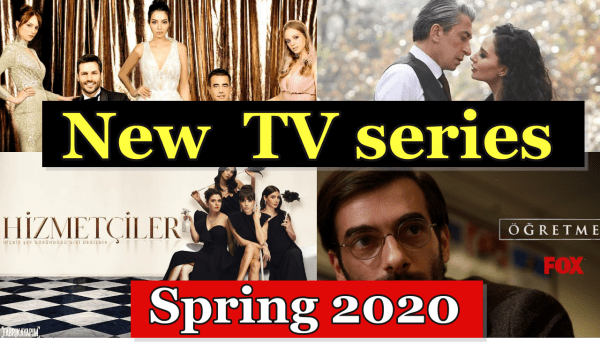