What did Çağatay Ulusoy tell about new projects, Serenay and Duygu? 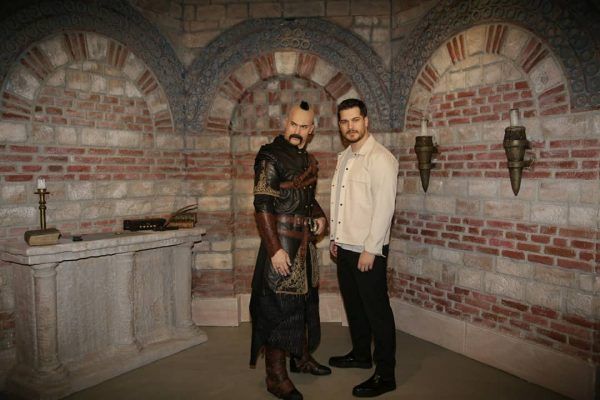 In his last interview with the Turkish press at the Madame Tussauds Museum, where the wax statue of his character Harun from the TV series Hakan Muhafiz / The Protector appeared, Çağatay Ulusoy spoke about new projects, about his beloved Duygu Sarışın and about the film with Serenay Sarikaya. What did the actor say?

On March 11, the Turkish branch of the Madame Tussauds Wax Museum presented its new item: the statue of the first Protector of Istanbul Harun, played by Çağatay Ulusoy in the popular Netflix series  Hakan Muhafiz / The Protector. The actor attended the presentation of his double, giving a short interview to the press. According to the creators of the statue, 170 working hours were spent on the figure and suit. It took 15 hours to create the eyes alone, 50 hours to create the face, 140 hours to the hair. The creation of the wax figure started over a year ago. 150 kilograms of clay were used.