Eda Ece is shocked by the inaction of producers, television channels and government agencies that do not stop the production of series, despite the fact that the country is quarantined. Premieres of films are canceled as well as the performances and concerts but the actors are forced to work.

After the third season of the series The Protector was released on Netflix Çağatay Ulusoy was on Twitter trends with the following hashtags. In total, from March 1 to March 15, 41 thousand 854 original tweets were posted with the name of the actor and his project in various contexts (retweets were not taken into account)

Hazal Kaya reports that they maintain social distance and work at home.

A year ago, the first episode of the series Hercai was aired

Today the filming of the TV series The White Cold / Zemheri was completed. The show will make the final on Wednesday because of low ratings.

Naz Elmas, who married 2.5 months ago, has denied rumors that she is pregnant

Merve Bolugur was seen with her mother in one of the shopping centers of Istanbul. The actress admitted that she is taking the necessary measures against the coronavirus, but life goes on and there is no reason to panic.

The latest squeak of Turkish fashion is poisonous candy

Meryem Uzerli in her last interview admitted that she resorted to plastic surgery earlier, but this remained in the past

Serenay Sarikaya, who was left without work after the cancellation of the play Alice in Wonderland, took a break to introduce her new sweetheart, Cem Yilmaz, to her mother. Yesterday the couple visited a future mother-in-law.

Ozge Gurel, who became the co-star of Can Yaman in the new series Mr. Wrong / Bay Yanlış said that she does not consider it right when a person is lynched for one unsuccessful phrase

The friendly team of the Hekimoglu series

team of the Hekimoglu series

Until museums in Turkey were closed, visitors are happy to take pictures with the wax figure of Çağatay Ulusoy 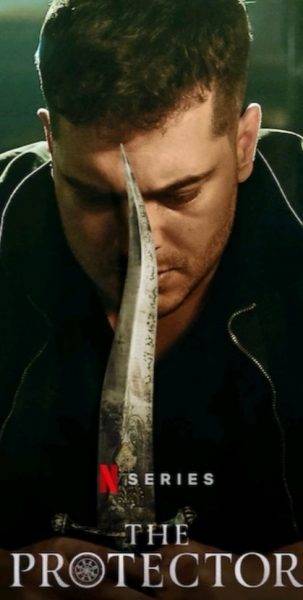