Cem Yilmaz and Serenay Sarikaya walked around Etiler. The lovers romantically drove back and forth for two hours, enjoying each other. According to media reports, Serenay still did not move to Cem’s house as previously reported. She continues to live in her house and visits her boyfriend

The series of the Blu TV Alef starring Kenan İmirzalıoğlu, Ahmet Mumtaz Taylan and Melisa Sozen will start on April 10 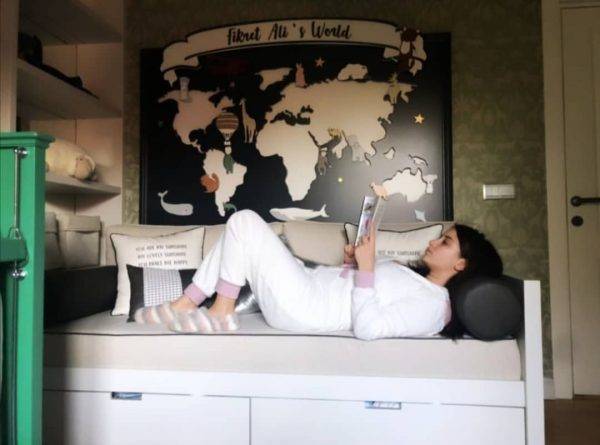 Mesut Özil will not be able to be present at the childbirth. Arsenal football club players are quarantined because they were in contact with an infected person. Amine Gülşe should give birth to a girl in the coming days. Alas, dad will be far away at this happy moment.

The forced vacation of the TV series Your home is your destiny renewed for another week. Survivor reality show is suspended

Your home is your destiny

Something incomprehensible is happening on the set of the series Hercai. The work continues, the director Bariş Yoş, despite his dissatisfaction, remains at his post, but the second director, with part of the team, left for Istanbul. Whether it was agreed with the producer or whether the film crew didn’t give a damn and ran away home is not yet known

Tolgahan Sayışman and Almeda Abazi announced that they would not take rent for two months from their residents. Actors own property both in the USA and in Turkey.

The series The daughter of the ambassador / Sefirin Kızı will leave for the forced vacation on Wednesday, after completion of work on the next episode

The daughter of the ambassador / Sefirin Kızı

Bensu Soral and her brother Bedirhan have fun as they can.

Bensu Soral and her brother Bedirhan

Sinan Akçil and Burcu Kiratli went to a house in Riva, where the series Forbidden Love / Aşk-ı Memnu was filmed. In quarantine, they will engage in role-playing games a la Bihter-Bihlül

The series Çukur will not be aired next week, but the official account of the project promises that the actors will definitely answer fans’ questions that can be asked with the hashtag Çukur at home

Director Umut Aral on the set of The Protector

Birsen Altuntas claims that the series Dove will make the final on the 16th episode due to low ratings, and not because Mehmet Ali Nuroglu left the shooting. Recall that the last rating of the Dove is 4.72% in total and 2.19% in AB.

A dispute arose between Defne Samyeli and the owner of the house she was renting. The owner filed a lawsuit against the singer, claiming that she does not pay rent. Defne claims that there was disagreement between them – whether to pay in foreign currency or in Turkish lira, and she hopes that the court will solve the problem. For this, the courts exist

The Film and Television Syndicate made a statement that yesterday on the last day of the filming of the TV series The Ottoman / Kuruluş Osman, the project crew had an accident on Fatih Sultan Mehmet Bridge. The injured were taken to the hospital and were sent home after an examination.