Will there be a 2nd season of the series Love 101? 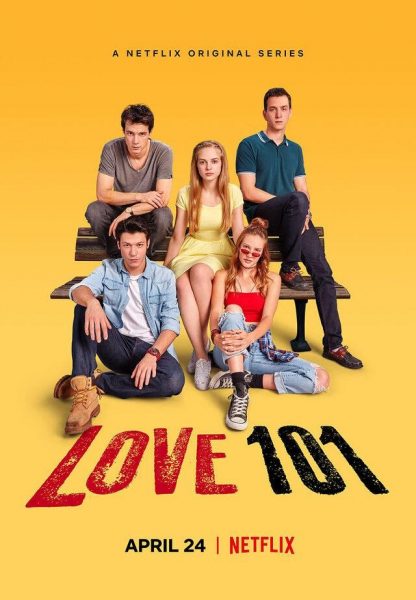 Has the new youth Netflix series  Love 101 succeeded in wining the hearts of a foreign audience? Will there be a sequel to this story? When will the second season be released? We have good news for the fans of the project! To be continued!

After the great success of the first Turkish Netflix series  Hakan Muhafiz / The Protector and the film Miracle in Cell No 7 / 7. Koğuştaki Mucize  there are a considerable number of fans of Turkish shows among the Netflix subscribers who are looking forward to the release of new Turkish projects on the platform. It is no coincidence that the release of the new series Love 101 last week caused considerable interest.

The series debuted at number one in the top 10 of the Turkish Netflix (which was expected), second in Saudi Arabia and Morocco, third in Kuwait and Jordan, and entered the top in France, Austria, Australia, and Germany. True, the youth story did not attract the attention of a capricious American audience, but it is known that Netflix is growing at the expense of foreign markets, so the premiere can be described as a success.

So will the story continue, or will we not know what happened to the characters of the show next? Hurry to cheer the fans: second season will be. Fans of the series  fantasize that the second season has already been filmed and in four months Netflix will show it, releasing the episode once a week. However, this is not true. The series was shot in the summer and only one season. The decision to shoot the second season was made and filming was to begin this summer. Whether work on the series will begin as planned or, due to the coronavirus epidemic, the project will have to be postponed until a later date is not yet known.

However, by the end of the year, Netflix will be having trouble providing its subscribers with original content and Turkish producers, who are known for their ability to produce the series in the shortest possible time, will be more timely than ever. Perhaps we will see the sequel of our favorite series this year.