Murat Dalkılıç and Hande Erçel – crisis due to Merve Bolugur 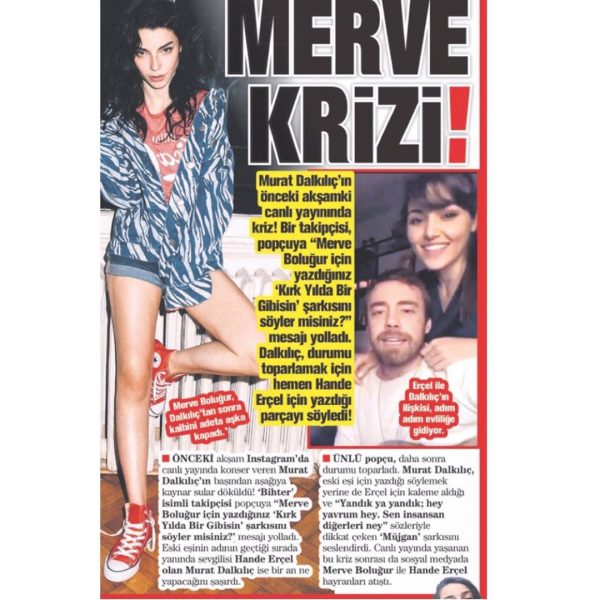 Not a very pleasant situation happened on Murat Dalkılıç’s live air. One of his followers asked him to perform a song that he had written for his ex-wife Merve Bolugur.

Murat was with his girlfriend Hande Erçel and got a little confused. However, he quickly picked up and performed a song that he dedicated to Hande. After that, fans Merve and Hande organized a small virtual “scuffle” live. According to Takvim, Murat Dalkılıç, who divorced Merve Bolugur in 2017, is about to remarry with his new sweetheart Hande Erçel.