Birsen Altuntas said it was originally intended to resume filming the Forbidden Fruit / Yasak Elma series in late May and end the season in 3 episodes, but it has now become known that a decision has not yet been made. Apparently the Fox channel had problems with advertisers who do not want to advertise in the summer

Scriptwriter of the series Love 101 / Aşk 101 Meriç Acemi said that she completed the script for the second season and put the final point in this story. For her, the most favorite part is precisely the second season. When the shooting of the project will begin it is not yet known

The series Our Story / Bizim Hikaye continues to be among the most popular television shows of the Indian Internet platform MX Player, which has half a billion subscribers.

The success of Mehmet Kurtulus in the Belgian TV series Into The Night becomes undeniable. Today the show is in the top of the USA (8th place), Canada (10th place), France (2nd place), Germany (1st place), India (4th place), Holland (2nd place), New Zealand (8th place), Great Britain (6th place). Enthusiastic reviews about the series and especially about the acting of the Turkish actor continue to come from everywhere

Filming of the Choice / Babil series will be resumed at the end of May, if the epidemiological situation in Turkey allows

Ipek Filiz Yazici, as it turned out, is a big fan of the Turkish singer Tarkan. And she personally knows him, which she demonstrated by showing the baby photo with a superstar

On Thursday May 7, the distributor Ecchorights will present a new series My Home My Destiny, to overseas buyers on the digital platform Zoom. The presentation will be attended by the producer of OG Medya, Onur Guvenatam, and the stars of the series İbrahim Çelikkol and Demet Ozdemir.

My Home My Destiny

Despite the announcement of the start of the broadcast of the series Insider / İçerde at 20.00, the Show TV channel at the last moment changed the broadcasting grid and moved the show to 00.15. The project received a 1.39% rating, which means that even in the dead of night, the show was watched by more than a million people. We hope that for Show TV this is a good sign and the channel will move the show to a more convenient time.

For the fall season, Fox ordered four new series with star names. Of course, in order to start broadcasting these four series, the channel needs to take off the air the four old ones. It is assumed that among the projects that will become the victims of ratings in the new season may be Teacher, Warrior and Mr. Wrong.

The well-known journalist Ranini said that so far she can only talk about two new projects of Ay Yapim – this is a summer series Call my agent and a series for Netflix scripted by Ece Yorienç, starring Ozge Ozpirinci, Burak Yamanturk and Birkan Sokullu

A sufficiently serious source is surprised at the information that the producers plan to broadcast 4 episodes of the series Ambassador’s Daughter. He says that is unlikely. Even if they make these episodes, when will they broadcast them? On holidays and in the summer? Nobody is engaged in charity in Turkish show business, everyone needs money. Most likely, they will shoot the last final episode of the season and finish here. 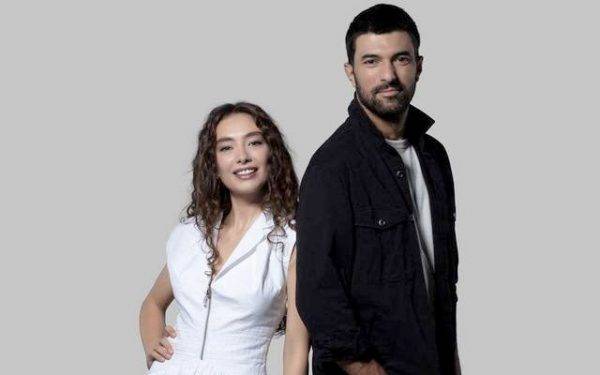 The well-known journalist Ranini confirmed that work on the cast of the Netflix series Fatma has already begun, but she has not discovered who will play the main role. We remind you that the Turkish press suggested that it could be Hazal Kaya, Serenay Sarikaya, or Cansu Dere. Although most likely, it will be a completely different actress

Tolga Sarıtaş is in talks to star in a new project. It will be an action series. The channel of broadcast is already known, the producer has agreed with the channel, which makes a big bet on this project.

Altan Donmez became the director of the new series of the company Pastel Film Solar Eclipse / Güneş Tutulması. The series Dove / Güvercin will now be directed by another director

The decision to resume work on the series Simurg / Zümrüdü Anka has not yet been made. The producer will hold a meeting on Friday to determine the start date.

Filming of the TV series Cruel Istanbul / Zalim İstanbul will begin after the holidays, that is, at the end of May. The producer expects to complete the project in the 40th episode.