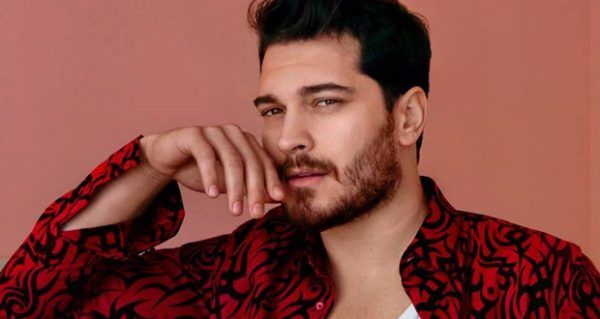 Will Çağatay Ulusoy return to Turkish screens or will he continue to work on the digital platform? Will the actor star in the TIMS&B series or choose another production company? It seems that we got the answer to this question and it turned out to be very unexpected. Çağatay will not work with producers, he will become a producer.

While many Turkish media suggested that Çağatay Ulusoy would work with major production companies in the new season and, in particular, predicted him the leading role in the  TIMS&B series Maraşli, the actor had much more ambitious plans. According to Eylem İpek Şafak (who is not only a journalist, but also Çağatay’s neighbor, who often gives out personal information about him), the actor is getting ready for a new role.

As soon as the quarantine is over, he will start shooting in a new series, where he will not only be the leading actor, but also the producer. The show will be released on a digital platform. The name of the platform is not disclosed, but it is not difficult to assume that Çağatay will continue its collaboration with Netflix.

Recall that last year the manager of Çağatay Ulusoy Engin Aykanat spent a long time in New York and London, where he visited the office of Original Talent several times. This group, which includes leading UK actor’s agencies under the patronage of the BBC, is dedicated to talent support and project development. They also produce series and films for Netflix. It seems the trips were for a purpose.

Also, Çağatay continues to work on the screenplay of the film “Free Goldfinch”, in which he will act as director and the leading actor. The start date for filming the project is not yet known. It is clear that the actor will be very busy for the next two years, but he does not intend to return to Turkish series.

What kind of show does the star make? Who’s going to be his co-star? It’s going to be a social drama or an action show. How about a fantasy? We will learn about all this in the very near future.