Gala premiere of the series The Protector 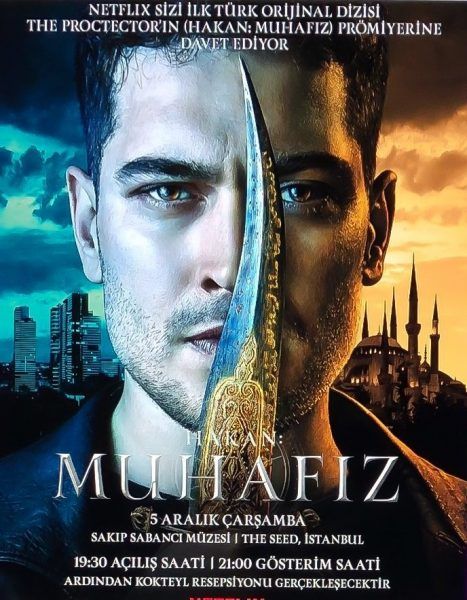 Gala premiere of the series The Protector

Onur Baştürk, a reviewer of the Hürriyet magazine and a personal friend of Çağatay Ulusoy, has published a short article about the TV series The Protector. He analyzed all stages of the creation of the project and work on two seasons, which required one and a half years. The main hero of the series (except Çağatay, of course) can rightly be called Istanbul and especially its “dark side”. If the series becomes popular, who knows, maybe we are waiting for tours of the mysterious corners of this ancient city. The main question asked by fans and the entire Turkish serial industry is whether the project will become popular as, for example, the Spanish TV series Money Heist? The usual Turkish viewers perceive the fantasy genre with difficulty so at first, the Turkish audience can give a cold shoulder for the Protector. However, Netflix makes a bet on foreign fans of the leading actor Çağatay Ulusoy. Surely, the show will be very much discussed everywhere. Onur also admitted that he attended the shooting of the series so that in the near future he will make a big report, where he will tell in detail how The Protector was created, how Çağatay prepared for the role and who is behind the creation of this project.

We also note that Mr.Baştürk is not so far from the truth. According to Netflix’s official statement, his successful original TV shows are gaining popularity primarily due to foreign viewers. So for one viewer in Germany, who watched the Dark series, created by German filmmakers for Netflix, there are 9 viewers outside the country. That is, 90% of the entire audience is a foreign audience. Who knows, maybe The Protector will face the same fate.

READ  Çağatay Ulusoy and Hazal Kaya in the new film for Netflix?

Netflix Internet platform sent out invitations to journalists for the premiere. The press conference will be held on December 5 at the Sakıp Sabancı Museum at 19:00. At 21:00 there will be a cocktail party on the occasion of the series presentation (gala premiere). Thus, The Protector was one of the lucky exceptions, usually, Netflix does not host the gala. The gala will be attended by both the crew of the series, including all the actors, and invited celebrities from the world of the Turkish show business. In effect, these will be the actors with whom Netflix want to work in the near future.