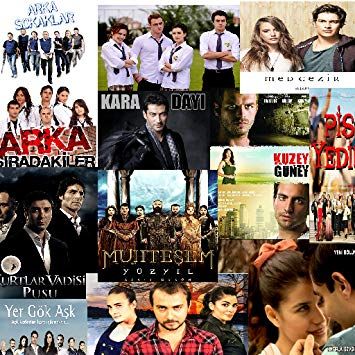 Recent events have jeopardized Turkish serial production. Many fans panicked, fearing that there would be no more TV shows. But is this really the case and should there be a fear of change? I mean, it’s probably for the best, right?

Journalist Sina Kologlu analyzed the possibilities of exporting Turkish TV shows and came to a disappointing conclusion: there will be no sales like before. There is currently a sharp decline in television advertising revenue everywhere. The average drop is 50-75%. There are no new series yet, you have to put on the air old ones that do not bring the audience. Imported products can satisfy the demand for content, but TV channels do not have money due to lower advertising revenues.

In the coming months, the economic crisis will only increase. Sales of Turkish serials abroad are plummeting. There are very few new purchases. The old shows that were purchased with the possibility of re-broadcast are put on the air.

Note that the analysis of Sina Kologlu means very bad news for the TV sector of Turkey. The domestic market is shrinking due to the economic crisis, the same thing happens with sales abroad. And this means that companies will not be able to produce as many TV shows as they previously released. The only viable alternative is cooperation with digital platforms, which become not a means of generating additional income, but a means of survival.

In Turkey, local digital platform Blu TV and international platform Netflix are actively filming the series. Turkey’s Netflix projects have received a positive response worldwide, which means that the platform intends to increase production of local series in the near future. According to preliminary information, over the next 12 months work will begin on at least 20 new projects, among them series, reality shows, stand-ups.

READ  The most popular Turkish TV shows in France

But it’s not just Netflix that has entered the Turkish market. As it became known, the Amazon Prime purchased five series of channel D, among them the famous project “What Is Fatmagul’s Crime”. Note that according to the executive director for foreign sales of TV channel D Kerim Emrah Tuna, the contract with Amazon is not exclusive, and they also concluded an agreement on the sale of TV shows with another digital platform, which he cannot name yet. Perhaps we will see the legendary project on Netflix too. The television company Ay Yapim is also considering selling its catalog of TV shows to digital platforms. Among the company’s hits are such projects as Forbidden Love, Insider, The Pit, Endless Love and many others.

It looks like if one door closes, another door will open. The number of series on Turkish air will be reduced, but they will be of better quality. The mad race for quick profit will end. In addition, digital platforms will allow its subscribers to watch new series with Turkish viewers. This is not the end, but a new beginning.