According to Birsen Altuntas, the series The Pit / Çukur made the season finale. The last episode, shot at home, was the final one. Filming for season 4 will resume in late July or early August.

Filming of the O3 Medya series for the Show TV channel will begin in July. Recall that, according to Birsen Altuntas Tolga Sarıtaş will be the star of the show

Nurgül Yeşilçay looked into the hairdresser, where she was caught by the paparazzi.

Tuba Büyüküstün is preparing for the presentation of the series Rise of Empires: Ottoman

In response to the news that Mia Yapim offered Deniz Baysal a role in the new series Attic, where Furkan Andiç could become her co-star, Turkish bloggers were very surprised and asked if producer Banu Akdeniz was aware that Furkan and Deniz were former lovers and husband of the actress obviously will not be delighted with such a perspective

On June 4, Amazon Prime will release the new English series Alex Rider, one of the main roles in which was played by the famous Turkish actor Haluk Bilginer

Engin Altan Düzyatan in quarantine decided to assemble a wooden house for children. What a nice dad

The Daughter of the Ambassador / Sefirin Kızı

According to Birsen Altuntas, the shooting of the series Miraculous Doctor / Mucize Doktor will begin in late July 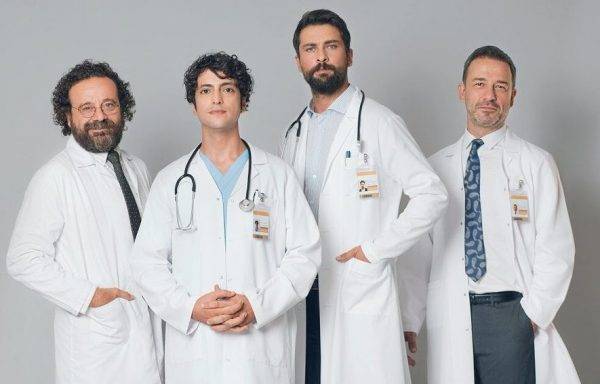 On May 18, Ebru Şahin will turn 26 years old. The actress posted on her page on Instagram that as a gift on this day her fans can provide help to children with cancer and she posted the information about the Cancer Support Fund for Children

Kenan İmirzalıoğlu admitted that he is trying not to be jealous. He knows that when a child is sick, it hurts, when he is scared, he will always call his mother. His daughter will also call mom, but he does not envy, this is natural

According to Turkish media, Berkay Hardal was forced to refuse to work in the new series My Youth / Gençliğim Eyvah, as his wife had health problems and he decided to take care of her. What happened to Dilan Telkok was not reported.

The New Life / Yeni Hayat series ranks first in terms of Turkish product views in the Virtual Screenings 2020 catalog, which was organized by Prensario Internacional in collaboration with NATPE and EventsTM and aims to replace exhibitions of media production that were canceled due to the coronavirus pandemic

Turkish bloggers began to choose a co-star of Tolga Sarıtaş. They say that it can be either Alina Boz or Pinar Deniz

The series The Promise / Yamin was sold for display in Ecuador, Paraguay, Peru and Bolivia

Answering questions on the air, Kerem Bursin said that if he did not become an actor, he would become a teacher