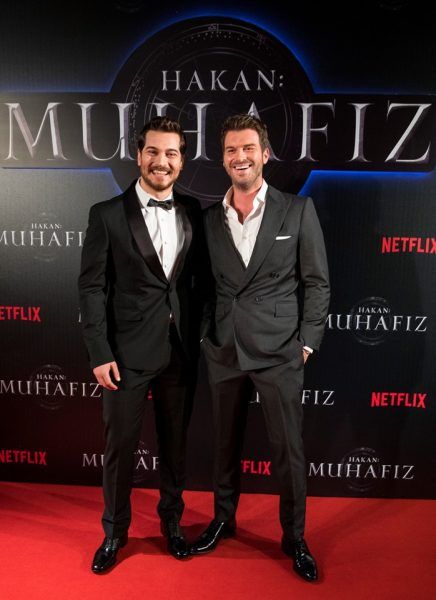 Turkish social networks hastened to report amazing news – Çağatay Ulusoy and Kıvanç Tatlıtuğ will star in a joint movie. However, is this really so? We have to disappoint the fans – the information is not correct. What projects are we talking about?

Despite a string of recent setbacks, Kıvanç Tatlıtuğ  continues to be one of the most beloved and popular Turkish actors, who have no shortage of offers. According to official information, OGM Pictures signed a contract with the actor for two projects. One of them, the series, will be released on an international digital platform. Since only one such platform is currently operating in Turkey, and this is Netflix, it is not difficult to guess that the series is being prepared specifically for it.

Recall that shortly before the epidemic, Kıvanç Tatlıtuğ  personally confirmed that he has two projects – a series for a digital platform and a film in which he would like to star in the summer. It seems that the film will also be made by OGM Pictures. When work on the movie begins, it is not yet entirely clear, the actor is recovering from the pneumonia.

Some bloggers have already decided that Çağatay Ulusoy will be the producer of the new Kıvanç’s film, but this information is not true. The film, in which Çağatay Ulusoy will act as a co-producer, is also being prepared by OGM Pictures and its founder and main producer Onur Guvenatam. Onur and Çağatay have already worked together on the series The Protector. It seems that cooperation has reached a new level. The film is being prepared for the digital platform. Also in Mr. Guvenatam’s portfolio are such series as Wounded Love, Your home is your destiny, Evermore, The Gift and others.

However, even though the films of Çağatay and Kıvanç will be produced by the same company, these are still two different projects, the main roles of which will be played by best friends. Who knows, maybe in the future they’ll come together and create a joint project, but not now.