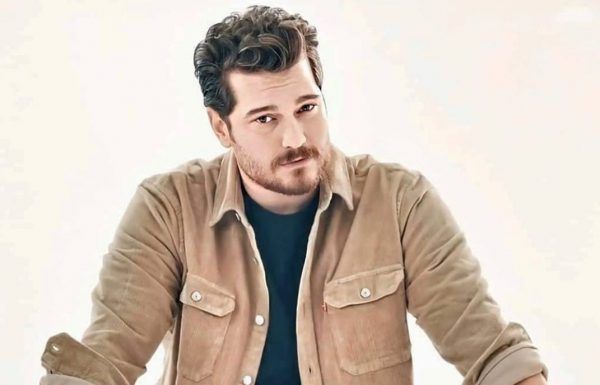 Çağatay Ulusoy returns to the screens as a brave pirate. What’s the plot of the series? How long will the show last on the air? Who will become Çağatay’s co-star? We hasten to reassure those who are bored with the political intrigues of Ottoman history. This time, pirates, ships and adventures await the spectators. Which means it’ll be interesting and fun!

State television channel TRT1 and television company ES Film are starting filming the large-budget series Barbaros, which should become the flagship of the television channel instead of the Resurrection Ertuğrul that ended last season. The filming process is scheduled to begin in two months. The series is about the lives of pirates and admirals of the Turkish fleet, brothers Barbarossa Aruj (Oruç) Reis and Khizr (Hayreddin) Reis.

The project has been under development for more than three years, and the State channel has expended considerable resources as the series proposes numerous naval battles. To this end, a special pavilion with a pool was built in Umraniye, where the scenes will be filmed on water and then digitally processed. Also, on the plateau is a replica of the harbor of Malta. Çağatay Ulusoy is now gaining weight (Barbarossa’s pirates were famous for their corpulence) and growing a beard. Who will become Çağatay’s co-star in the new project is not yet informed.

However, according to Birsen Altuntas Çağatay Ulusoy will not play Hayreddin in the series, but his older brother Aruj Barbarossa. We don’t know who’s going to play Junior yet. Information that Çağatay will play Aruj appeared two years ago. It seems that the creators decided to follow the path of the creator of the series Resurrection Ertuğrul and The Ottoman Mehmet Bozdağ and tell the story of Aruj, and then, if successful, continue the show after his heroic death with Hayreddin.

It is planned that the series will last 2-3 seasons. Whether Çağatay will play to the end or whether the story of his hero will be limited to only one season is also not known. However, we note that the actor signed a contract for the shooting before starting work on the series Hakan Muhafiz / The Protector and the subsequent success of the project in the world. Rumor has it that, as in the case of Insider / Içerde, Çağatay will only work in one season, as he has other international projects. It should be reminded that he makes films as a producer, director and screenwriter.

Barbarossa’s brothers were two in history, but if the older brother Aruj is known as the pirate, the younger brother Hayreddin lived much longer, making career from a pirate to an admiral of the Turkish fleet and vizier of Sultan Suleiman the Magnificent. However, for Turkish viewers, exciting adventures at sea, pirate raids and the rescue of beautiful ladies may prove far more interesting than the usual political plots. They’ve seen them before in previous series.

Moreover, the life of Aruj Barbarossa is surrounded by legends. At 16, the son of a potter joined the ranks of pirates. He went from a regular corsair to a captain in a vast fleet. Corsair Aruj was a salvation for many Muslims and Jews who were persecuted by the Crusaders. He was ferrying refugees on his ships to safe areas in North Africa from Spain, which had committed a veritable genocide against non-Christians. It was then that he received the name Father Oruç (Baba Oruç), which turned into Barbarossa (red beard) among Europeans. Eventually, Aruj captured Algeria, proclaiming himself Sultan Barbarossa I. Europeans were so afraid of the formidable pirate that Hayreddin inherited not only his post after his death, but also the nickname Barbarossa, proclaiming himself Sultan Barbarossa II as a sign of memory and respect for his late brother. Then the Turks began to call the brothers “Barbarossa”.

The heroic death of Aruj was particularly commemorated: the wounded captain was evacuated to the other side of the river, but he returned to save the comrades and died in an unequal fight with the Spanish detachment. The fact that he did not leave his people in trouble, as well as saving the Muslims from the hands of the crusaders, turned the successful pirate into the hero of Islam, who fell as a martyr in the fight against infidels. His younger brother Hayreddin, who was under the command of his elder brother, after his death led a pirate fleet, turning it into a strike force of the Ottoman Empire and then leading the naval forces of the state.

Who will play the role of the younger brother has not yet been reported, the plot details are also not revealed. This provides food for a variety of assumptions. One of which, in the first season dedicated to Aruj, a young, not-so-famous actor will play Hayreddin, and then be replaced by a superstar of the Turkish screen in the next season. The name of Aras Bulut İynemli, who is still busy in the Pit series, has already been mentioned for the second season. Engin Altan Düzyatan, better known for his role in the TV series Resurrection Ertuğrul, also expressed his desire to play Hayreddin. However, it is possible that, as in the case of the series Insider, Çağatay Ulusoy’s co-star will be a talented actor who will remain in the project until the final.