According to blogger Dedikoducu Çocuk, there will be three main characters in the series Barbaros. We already know one of them – Çağatay Ulusoy as Aruj Barbarossa. It remains to find out the names of the other two. 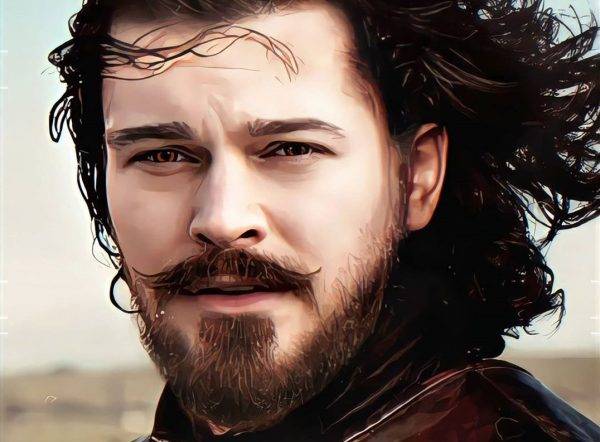 Reading of the script of the series Maria and Mustafa starring Hilmi Cem Intepe and Jessica May began. Today and tomorrow the team will film the promo of the series, after which the director will go to Cappadocia. Filming will begin on July 1.

The love affair of Birkan Sokullu and a socialite Eda Gyurkaynak continues. Soon, the actor will begin shooting in the new Netflix series “If We Knew What We Know,” where Özge Özpirinçci became his co-star

While his sweetheart Ozge Gurel works on the set of the series Mr. Wrong, Serkan Çayoğlu is on vacation in Bodrum in a purely male company

According to Birsen Altuntas, the crew of the series Baraj will begin work in the second week of July. The rest of Medyapim’s series will also begin filming in July, but have not yet decided on a date. All series of the company will have additional episodes in case of the second wave of coronavirus.

Onur Büyüktopçu denied the information that he allegedly left the program Yemekteyiz because of disagreements with Seda Sayan. There was nothing of the kind, the inspiration just ended, he was tired and decided to try something else.

Farah Zeynep Abdullah and the famous rapper Reynmen were seen in the park for a walk.

The creators of the series Mr. Wrong delight fans with new promos

According to Birsen Altuntas Cemre Baysel, İlhan Şen and Görkem Sevindik left the cast of the series Ramo

Ebru Şahin went on vacation to Alaçati, where she was spotted by journalists. The girl did not express much desire to pose in front of them and quickly left the beach

The final episode of the first season of the series My Home My Destiny / Doğduğun Ev Kaderindir will be released on TV8 on July 15, Wednesday

İrem Helvacıoğlu by Cem Talu. We will see the actress on the screens in the new season.

Salih Bademci with his little daughter.

Inter Medya has announced the sale of 1,200 hours of content to one of the largest companies in the United States and Latin America. A

Filming of the series My name is Melek / Benim Adım Melek will begin on July 10. The series will be aired in September

Cihangir Ceyhan, whom the journalists spotted on the streets of Istanbul, said that he was not leaving the TV series The Pit and filming would begin in August.